MUCH of the appeal of a premium-badged car is intangible – it’s all about image, how it feels to be in the driving seat and the knowledge that you’re a member of a more select club than the motoring masses.

But living with our A6 Avant has also taught us that Audi does prosaic pretty well, too.

To explain, here are a few numbers... in eight months our car covered a considerable 20,000 miles, drank diesel at a rate of 34.3mpg and, amazingly, has kept its residual value forecast at nearly 40% during that period.

Not many cars I know of can uphold such a strong RV – eight months ago CAP reckoned our A6 Avant 2.7 TDI quattro SE Tiptronic would retain 38% of its cost new after three years/60,000 miles. February’s Monitor puts this model at 39%. Impressive stuff.

And not many big four-wheel drive estates with an automatic gearbox can return economy in the mid-30s. The fact that our car beat Audi’s claimed average of 33.6mpg is a credit, and a rarity.

At certain stages in its stay the A6 even nudged 37mpg. Economy improved throughout its stay, and so did performance. 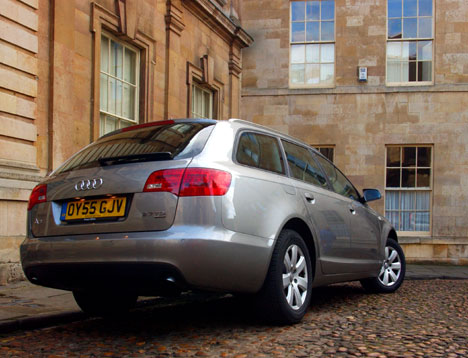 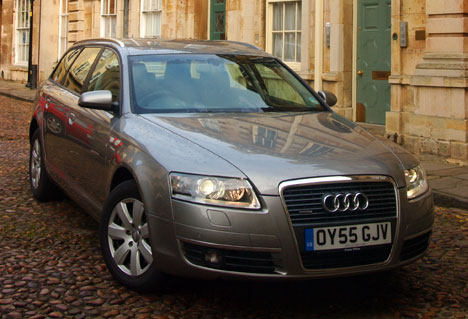 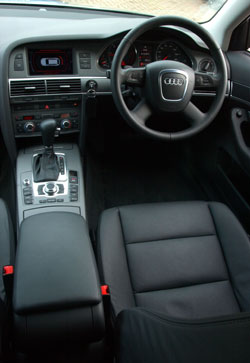 The A6 arrived with just 600 miles on the clock and the diesel engine felt tight. It remained this way until 10,000 miles had passed under its wheels, when it not only became more economical but also felt much quicker, both off the line and in mid-gear acceleration.

Problems were few and far between – the glovebox sometimes proved unwilling to open, the front numberplate came loose and on one occasion the rear wash-wipe wouldn’t wipe.

All were solved quickly by Peterborough Audi, who also gave the car a full valet on every visit – brilliant! The only let down was when the car literally let us down.

Parked up at an airport overnight the battery went flat. Audi Service got us on the road again, although we’re still puzzled how this happened as our car had automatic lights/wipers, etc, and the doors were all shut.

The fact that the big Audi covered so many miles with us in such a short space of time is testament to two things – people were keen to drive it because of its looks and image, and it was the ideal car to take when they had long journeys to make.