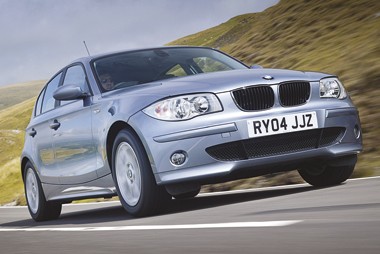 Earlier this year a panel of 47 motoring journalists from 24 countries voted the BMW 118d the ‘world car of the year’.

That’s quite an honour, and it is the latest in a list of gongs that BMW’s smallest model has won. Here at Fleet News, the 118d was instrumental in the 1 Series being crowned premium lower-medium car of the year in our awards.

While there are cleaner cars out there, none can combine the holy grail of performance and frugality in the way the 118d does to such effect.

All that clever EfficientDynamics technology under the bonnet, such as automatic stop and start, gearshift indicator and brake energy regeneration, makes the BMW quite a package.

And now it has just got even better. The Edition ES version adds extra equipment worth £1,340 for a price premium of just £250 over the ES model on which it is based.

This makes this model a handy stepping stone in the 1 Series
line-up – there’s enough sporty bits to please those drivers whose allowance won’t stretch to the more desirable M Sport version, while at the same time lifting the rather stark air of the standard ES model’s cabin.

Extra trinkets aside, the 118d is a very impressive car. With 143bhp and 221lb-ft of torque, there is ample performance for all traffic conditions – low-end grunt for overtaking and keen driving, and a relaxed top-gear gait for eating up the motorway miles.

The ride veers towards the firm side, which is the norm for most German cars, but the trade-off is sharp handling thanks to its rear-wheel drive layout.

The directness of the steering helps matters, especially with plenty of feel engineered into the rack and a thick steering wheel that makes direction changes precise and satisfying.

As a first step on the executive ladder, there is little to touch the 118d and the extra equipment offered on the Edition ES version makes the car an even more desirable ownership proposition.

Downwides are few – it’s cramped in the rear seats, and it seems that you can’t drive around a corner without encountering a 1 Series these days. In this respect, the BMW is a victim of its own success.

And when you look at how the 118d performs on the balance sheet, it’s easy to see why it’s so popular for fleet managers and drivers alike.

The 140bhp Honda comes in top-spec EX trim with a sunroof, while the Audi and BMW offer similar outputs but a sportier trim.

The B180 comes in base SE specification and offers a paltry 108bhp – it’s also the most expensive to buy at the front-end.

The Mercedes-Benz is the cheapest in service, maintenance and repair terms thanks to variable servicing intervals and 16-inch wheels which means lower tyre costs.

The remaining three all run on 17-inch wheels and have variable servicing intervals, except the Honda which needs attention every 12,500 miles.

A very healthy advantage in depreciation terms puts the Audi out in front.

It will cost around £300 less to run over a three-year/60,000-mile fleet lifecycle than the BMW in second place.

The Mercedes-Benz and Honda cannot compete in this company.

The top-spec Honda performs well here, but its residual value prediction cannot match the German hegemony so it loses out in wholelife cost terms.

The Mercedes-Benz is also discounted – it simply isn’t in the same class as the other cars here in terms of performance, handling or drivers’ personal liability.

Which leaves the usual suspects, with Audi and BMW battling it out.

The Audi is cheaper for a fleet to run over a typical fleet lifecycle, but only just, while the BMW offers drivers substantially cheaper benefit-in-kind tax bills, as well as a more dynamic driving experience.

As an all-round package the 118d is hard to beat, and the extra Edition ES kit makes it more so.