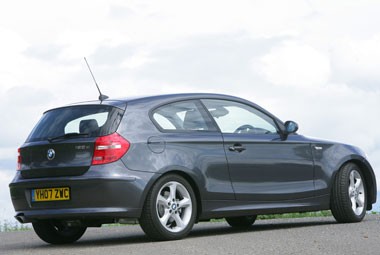 I was sitting in a queue at some traffic lights the other week feeling very agitated.

In the car I was driving, a 3.0-litre diesel engine was thrumming along at idle, insidiously choking the planet with its evil emissions.

The truck behind me was also spewing wicked little particulates, fumes and carbon dioxide into the air, as was the car ahead.

I was sitting in the middle of the slow, agonising end of the world. Or that’s what it felt like.

What a very strange feeling, and one that I hadn’t encountered before. At idle, how much fuel is an engine using?

Very little indeed, but I have become so used to the Stop-Start system in th 120d cutting the engine every time I come to a halt that every explosion in those six cylinders was like a little tap on the shoulder of my conscience.

I actually switched the engine off. And on again. And then off again. And so on along the queue.

Which was a pain, and probably pointless.

To be honest, the Stop-Start system feels a bit of a hassle when you first use it. When you come to a stop you have to knock it out of gear and raise the clutch pedal.

Then to start it you have to push the clutch pedal down and re-engage first gear.

Put in words, it hardly sounds a process that would have worried Mission Control in Houston, but it seems lumpen and requires a deliberate thought process each time.

But it soon becomes second nature and you’re stop-starting without thinking.

Living in a place where a five-minute drive in any direction gets you to an open road means it’s not really helping my fuel consumption greatly, but it doesn’t really matter as I’m getting nearly 50mpg most of the time and plenty of performance from the 177bhp engine.

One little foible though is the engine management system. I’ve found that if you happen to be in a low gear such as third and take a turning fairly slowly, the computer will cut in and speed the engine up markedly, so you can leap forward surprisingly quickly.

All diesel engines do it, but this is noticeably more strong-armed, and you have to ensure you’re in exactly the right gear for the speed and not relying on just above tickover to pull you along.

I also have to report a strange occurrence. I said last time the integral iPod adaptor was great and for a while it was, but things have gone strange.

It will only play the same 12 songs now and will start with the same Hard-Fi track, which I don’t like, and then will head through the same old medley of Beach Boys, The Beatles and The Killers and Arctic Monkeys songs before starting all over again.

I am at a loss to explain this behaviour, and any suggestions on this digital oddity will be gratefully received but at least it doesn’t select that infernal Charlotte Church album that has infected my iPod.