SWITCHING off the engine and removing the ignition key is one of the simplest operations to be performed by a car driver, right?

Well, it is for most of the time you’re behind the wheel of the BLS, the new US challenger for registrations in Britain’s executive car sector.

But the bulky plastic component that acts as the key in the smallest model to wear the Cadillac badge occasionally locks itself into position and becomes impervious to all efforts at removal. 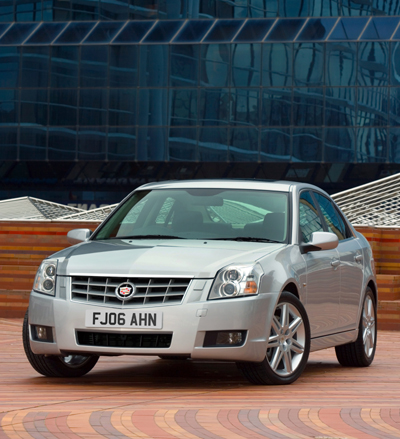 When that happens, the only means of escape is turning the key to start the engine and trying again – and even that procedure sometimes needs to be repeated several times before the mechanism finally relents.

Recalcitrant ignition lock apart, the BLS is as generally well behaved on the road as it is a roomy and comfortable saloon. That comes as no surprise, considering it has hardly any links with Detroit and runs on European underpinnings.

Based on the platform that supports the Vauxhall Vectra and Saab 9-3, the junior Cadillac is a competent all-rounder offering a good specification and boot space in the seven-league category.

Though available with turbocharged 2.0-litre and 2.8-litre petrol engines, the fleet choice is the diesel – a first for Cadillac – featuring a 1.9-litre, 150bhp unit. Already familiar in the Vectra, this engine is a stout performer that is returning consistent economy in the mid-40s in our long-term test.

Initially noisy after a cold start, the Fiat-designed unit quickly warms to adopt a more refined demeanour and effective insulation ensures minimal sound reaches the interior at all times.

While it reveals its bulk only when pressed into fast corners, the BLS feels undemanding, particularly on motorways. Its ability to cover more than 500 miles on a tankful means it has considerable potential as long-distance transport.

The BLS’s Saab roots are evident in the cabin, which means a neat, well-built fascia and plenty of room inside.