THAT was quite a summer, wasn’t it? The Citroën C4 is the first car with air conditioning that I’ve driven regularly. My last daily driver was built in 1972.

I guess it will become harder to remember what it was like to drive through a good British summer without good climate control, but as one who can still recall it quite clearly, I don’t want to go back. No, siree.

On a visit to Provecta Car Plan in Reading a few weeks ago, a colleague remarked how she’d prefer riding back to the office in a cool Citroën to throwing herself at the mercy of stifling trains and tubes. How could I refuse?

As we hurtled up a baked A1 the onboard computer interrupted our conversation to announce there was an ‘SOS call in progress’.

The C4 has a red emergency button on the entertainment console which you are supposed to push to summon aid from the emergency services in the event of an accident. However, neither of us had been anywhere near the console or pushed the button.

The news that the car had decided to summon emergency help came as a bit of a shock. We couldn’t think why we might need it. For the next five minutes we waited for blue lights and sirens, maybe a helicopter tracking our progress. It never happened, and part of me was just a little bit disappointed. It must have been some kind of glitch as nothing more was heard of the call.

Many of my journeys this summer were recorded using a tracking device from Visca Systems. The black box sits on the dash or parcel shelf and collects data to download to a computer via a USB cable. Because it’s not delivering data all the time, Visca can offer its service cheaper than many other tracking systems. 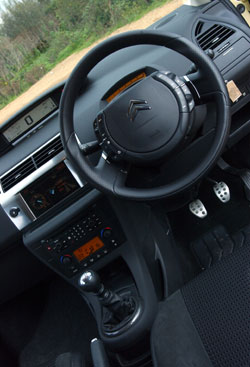 The plan was to link the website that displays my journey details to my blog on the Fleet News website – www.fleetnewsnet.co.uk and clock on ‘editor’s blog’.

It will still happen, but the plan has been delayed since I looked at the log and saw some of my recorded top speeds. The evidence is not admissable in court, but I’m training my right foot to avoid any accusations of irresponsibility. It’s not easy. In my last report I said how much the VTS likes to be driven enthusiastically. No doubt this has impacted on my fuel consumption. I reported on my wife’s ability to stretch that ‘distance-to-empty’ read-out in the last report, too. 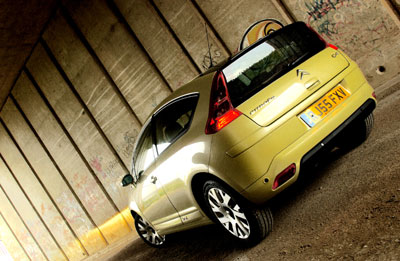 It’s very interesting to note that the two previous Fleet News test drivers were women and they reported miles-per-gallon in the mid-40s. The first test driver was features man Phill Tromans and I’m afraid to say I’m joining him in the mid- to high-30s.