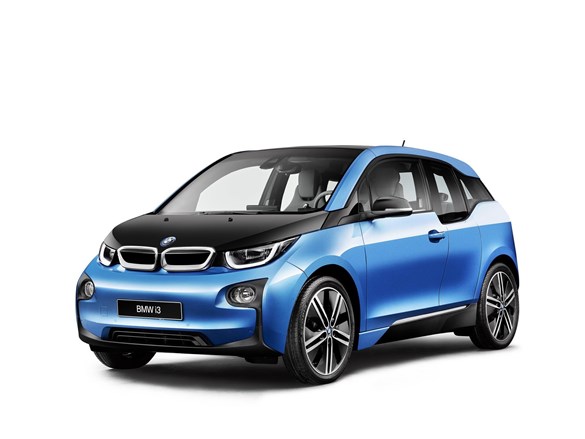 We could be reaching a tipping point for electric vehicles, where potential customers who have been put off by so-called ‘range anxiety’ are running out of excuses.

BMW’s i3 has also now been given a boost, with a new version that can reach up to 195 miles on the official test cycle, or up to 243 miles if you choose the range-extender version that uses an on-board motorcycle engine to charge the battery on the move.

The i3 has played its part in the last three years to draw greater attention to EVs and make them desirable and aspirational. By far the most powerful compact EV on sale with 170hp, and using carbonfibre construction to minimise weight, the rear-wheel drive i3 has been very much the driving enthusiasts’ choice among plug-in cars.

The combination of low weight – at 1,245kg for the standard EV, it’s more than 200kg lighter than a Renault Zoe – and powerful motor gives it a surprising turn of speed, especially with maximum torque of 184lb-ft available instantaneously.

Unlike the Nissan Leaf, where the 155-mile range variant is sold alongside the 124-mile version, this new i3 is the standard car giving customers the choice of choosing either the pure EV or the engine-equipped range extender.

Both standard and range-extender variants of the i3 are eligible for the maximum current plug-in car grant of £4,500.

Few other things have changed in the i3, with the same interior design, including exposed carbon fibre mouldings, which remind you of the hi-tech, lightweight construction methods.

Customers can also choose to change the interior with one of three packs above the standard appearance, Loft, Lodge and Suite.

There is also a new colour choice for the latest model – ‘protonic blue’, which is a colour from the i8 pallette.

The i3 remains one of the most desirable EVs on sale, and the extra range of the latest model will being using an EV within reach of more people.