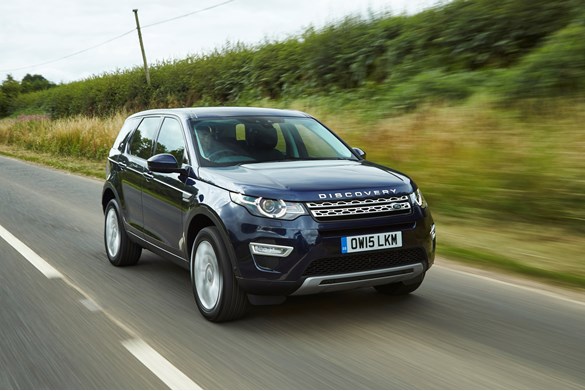 Manufacturers usually wait for number of years before refreshing a new model line-up, but it has taken Land Rover just seven months to make a major change to its Discovery Sport – and it’s a significant one for fleets.

When the SUV was launched in January, it was available only with the manufacturer’s 2.2-litre SD4 diesel engine, which produced 190hp, 162g/km of CO2 and had an official combined fuel economy of 46.3mpg: not fleet-friendly figures. However, this has now been replaced with Jaguar Land Rover’s new Euro 6-compliant Ingenium 2.0-litre engine, offering greater efficiency and refinement.

Already seen in Jaguar’s XE and XF, the engine in the Discovery Sport is available in two states of tune: a 150hp unit offering CO2 emissions of 129g/km and official combined fuel economy of 57.7mpg, and a 180hp version with 139g/km and 53.3mpg. It puts the 150hp manual model, which will be the most efficient variant after Land Rover shelved plans to sell a 119g/km two-wheel drive version in the UK, in the 23% benefit-in-kind tax band.

Compared to the previous model, this means a £75 reduction in monthly tax charges for a 40% taxpayer.

The new engine has also allowed standard service intervals to be lengthened from 16,000 miles to 21,000, and Land Rover says these factors will help lower running costs by 12% over a three-year/36,000-mile cycle.

The good news continues on the road. No 150hp models were at the launch event, with only 180hp automatic versions available to drive, but in this form the Ingenium engine proved to be a refined unit.

The nine-speed gearbox works well with the engine’s power delivery, ensuring refined yet punchy performance, while the car’s precise steering and smooth ride ensure it is enjoyable to drive.

The cabin is unchanged so still offers a classy, well-built environment, while interior space remains generous.

Many drivers will be tempted by the greater efficiency of the 150hp model, but there is a drawback in choosing it: it is available as a five-seater only, while the 180hp versions have a ‘five plus two’ seating arrangement in which the additional two seats fold flat into the boot floor.

Other changes as part of the range refresh include revisions to the trim line-up, which see an HSE Black derivative introduced following a high level of demand for the optional Black Pack.

This new trim level will mirror the specification of the HSE model with the addition of 20-inch gloss black wheels, privacy glass and gloss black detailing.

HSE and HSE Luxury have accounted for 75% of the model’s 8,500 sales to date, and Land Rover has enhanced the standard specification of the HSE Luxury grade to include the three most popular options – 20-inch alloy wheels, USB ports in the second and third rows of seats and a climate control unit in the rear-most seats.