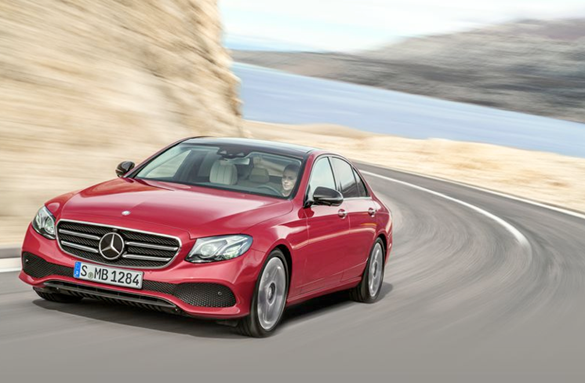 Mercedes-Benz is preparing for a possible future where drivers are no longer in charge of their vehicles by throwing vast resource into autonomous technology.

The fundamental premise driving such developments is that it’s the flawed, easily distracted person behind the wheel who causes collisions and gridlocked traffic – lose them and we build a free-flowing, accident-free driving utopia.

The new E-Class is the next tentative step towards this. Half the time it doesn’t need you at all. On a motorway it can steer, change lanes and brake to a complete standstill without your intervention; in traffic it will check both ways at a junction and stop the car if you’ve not been concentrating; it will drive itself out of your garage if you tell it to; and its myriad safety systems include a function that bumps occupants inwards before an imminent side impact, to cushion the blow.

As it happens, UK legislation hasn’t caught up with a car that drives itself from one lane to the next, so that particular feature is disabled in the UK, and the remote un-parking thing is options list fodder. So too is the best feature of the E-Class cabin – its twin panoramic 12-inch HD displays, one of which replaces the standard instrument binnacle. That’s a shame, because a fully loaded E-Class feels like one of the most advanced saloon cars in the world, while the plethora of basic E 220 d SE models that most will choose will feel distinctly more ordinary.

Thankfully, this is a brilliant sort of ordinary. Look at those numbers for a start (see specifications, right): stick your E220 d on 17-inch wheels and you’ll enjoy parsimony in the city car leagues, but refinement and ride quality of limo-like calm.

That said, the options list plays a part in the calmness too, because an E-Class on UK-specification standard suspension (which is lowered but called ‘comfort’) won’t have quite the bump-smothering grace of one equipped with £1,495 worth of adaptable air damping.

Whatever your budget and preference, the new E-Class is a car that now sits atop the executive saloon class for its remarkable inherent quality, particularly when tackling long distances. The cabin design is lifted from the S-Class virtually untouched, and there’s a distinct eradication of wind, tyre and engine noise at higher speeds, meaning there are few better places in which to drive (or not, as the case may be) from one service station to the next.

You could level an accusation of slight coarseness at the 220 d engine when pushed hard, and it’s not the punchiest in the mid-range, but then again, this is a 70mpg-plus four-cylinder diesel confidently hauling an executive car and doing so mostly unnoticed.

The same goes for the standard automatic gearbox, which has nine ratios but you’d never tell because it so quickly and unobtrusively shifts through them all.

Of course, you could stump up for the E350 d and eradicate any pace concerns, and if you do, you’ll find a surprisingly smooth-sounding six-cylinder diesel of genuinely ferocious low-range pick-up. However, you’ll lose a good 20mpg, at least.

Elsewhere the E-Class gets the basics mostly spot on. It’s well equipped as standard, with SE cars boasting climate control, a reversing camera, a self-parking function (as opposed to the driverless remote un-parking feature), full-LED headlights, and a navigation system that can ‘talk’ to other cars and find out about traffic jams or dead animals on the road.

It gets space right too. Sitting on a significantly longer wheelbase than its predecessor (65mm), it offers more rear legroom and a bigger boot, yet is lighter overall. And while it does make a decent fist of the dynamic stuff, its light steering and comfort-biased set-up mean the 5 Series is still the one to have if you like to get ‘involved’ in the driving experience.

The two-tier trim range puts AMG Line above SE, which adds bigger wheels and a sportier interior, but the high base spec and luxury status of this car will help keep residuals high, lowering running costs even further.

If there’s a fly in this particular bisque it’s that the Mercedes-Benz Comand multimedia system is still a little clunky – the E-Class is begging for a cutting-edge and intuitive touchscreen.

Overall, though, the E-Class positively steamrollers the BMW 5 Series and Audi A6 on matters of class and civility which, in this segment, is where it counts.

It’s a shame that much of what makes the E-Class so majestic is on the options list. That Mercedes-Benz has engineered such humble running costs into the package, however, is truly spectacular.