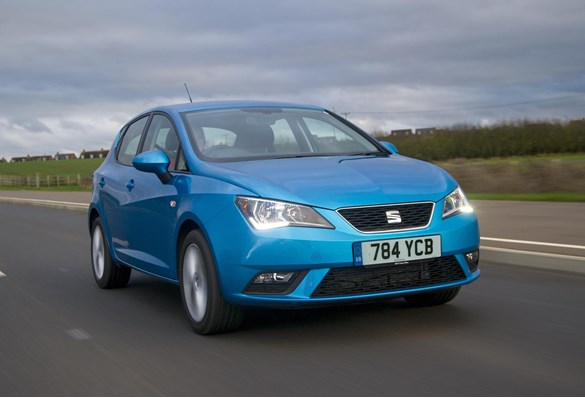 There is perhaps some irony in the fact that Seat has managed to promote a youthful image in the UK, even though one of its cars has just undergone its second round of cosmetic surgery during its lifecycle.

The Ibiza, now in its fourth incarnation, launched in 2008, has had its latest refresh for 2016 and, far from appearing like some fading starlet making one last comeback, the little car’s subtle nip and tuck actually hides some significant and important changes.

Perhaps the most significant of these is the introduction of a new three-cylinder turbocharged petrol engine, which is badged EcoTSI.

Based on a normally aspirated three-cylinder 1.0-litre engine, also new to the range, the engine is available in 95hp and 110hp outputs, the former with CO2 emissions from 94g/km.

While the diesel Econetic still has the lowest CO2 in the range (88g/km), many fleets will want to avoid the price premiums associated with diesel small cars, which take longer to offset with better fuel economy. This EcoTSI is expected to make an impression, and in the higher output is available with CO2 of 102g/km.

The Ibiza’s interior revisions centre around a new touchscreen display. It means there in no longer a docking point option for an aftermarket sat-nav system to sit on top of
the dashboard.

Digital radio is offered from S upward and a colour version of the touchscreen is fitted from SE, where customers also get standard alloy wheels.

Two new equipment grades can also be found in the Ibiza range, in addition to the existing E, S, SE and FR. The Vista is based on SE and comes with larger 16-inch alloy wheels, rear parking sensors and the driver pack option, which includes cruise control, hill hold control and tiredness recognition system. The Connect comes with an upgraded touchscreen display with navigation as well as Mirror Link, Android Auto and Apple Car Play compatibility.

The Ibiza’s interior has always been a little plain compared with its more dynamic exterior styling and, despite the revisions, this remains the case – although the quality remains very high.

The steering and suspension have been retuned for improved comfort, while the FR is offered with optional adaptive damping.

We spent most of our time in the 1.2-litre TSI FR, which, while an enjoyable drive, with CO2 emissions of 119g/km will surely be overlooked in favour of the new 1.0-litre EcoTSI.

The Ibiza remains the only small car offered in coupé, hatchback and estate variants, and the combination of this raft of subtle changes renews its appeal beyond that suggested by outward appearances.