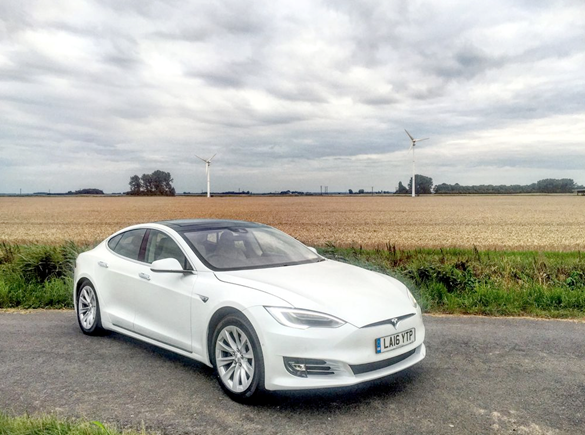 For a low-volume car manufacturer, Tesla has gained a disproportionate share of exposure online and in print over the last few years.

Not all of it has been positive, but its drive to transform how we use cars has been evident throughout. Its growing line-up of all-electric premium cars seeks customers who are technology-savvy, enjoy high performance and are perhaps a little weary of the traditional choices from BMW, Mercedes-Benz, Audi and Jaguar.

The Model S was introduced a couple of years ago, nominally fitting into the upper end of executive car category on size, price and performance, with an extra element to its EV appeal in having a much greater travelling range on a charge than cars such as the Nissan Leaf and Renault Zoe. Close to 300 miles was a realistic possibility in everyday driving, while the potential, according to the official figures, was there to achieve more.

There has been a major update to the range in 2016 with the introduction of a new entry-level variant with a 60kWh battery. While it reduces the maximum range available on a charge, it comes in at a lower price point, starting at £57,900 on the road for rear-wheel drive variants.

Rear wheel drive variants produce 315hp, but our all-wheel drive test car has two motors rather than one, producing slightly less power individually, but combined reaching 328hp and 387lb-ft of torque. This gives our 60D model designation (all dual-motor versions have the suffix D) a 0-60mph time of 5.2 seconds.

More powerful (and more expensive) versions are available with higher battery capacity, and in fact the 60kWh car has an identical battery to the more expensive 75kWh model, but it’s restricted by software. It also means that someone choosing the 60kWh version could later pay to upgrade it to a car with a greater range: 253 miles versus 304 miles, according to the official test cycle.

All versions come with a 17-inch touchscreen in the dashboard that accesses all functions of the vehicle apart from window and mirror controls, while there are small dashboard buttons for the glove compartment release and hazard warning lights. While it might be expected to adjust audio, climate control and navigation via a touchscreen, it’s unusual to find sunroof, bonnet and boot release in there too.

The interior is spacious, with room for five adults to sit comfortably – more than in a Jaguar XF or BMW 5 Series saloon – and the Model S is a hatchback offering more practicality. It can also be specified with two rear-facing child seats that fold flat in the boot. Leather upholstery is extra, but probably essential for resale after defleeting.

All versions come with ‘autopilot’ safety features as standard, which include technology for maintaining a safe distance from the vehicle in front, lane and blindspot monitoring, cruise control and emergency braking. Customers can pay to have autopilot convenience features as an option, which can allow a degree of autonomous driving on motorways – although the driver is reminded to keep his or her hands on the wheel and remain in control of the car.

There is also the ability to ‘summon’ the car using a smartphone app, so it can pull forward from a tight garage or parking space, allowing the driver and passengers to get in, or the process can be done in reverse, with the car manoeuvring itself fully into a space without a driver.

Tesla recommends charging the battery to the level expected for daily use, and advises charging to full capacity only for long journeys. This is easily managed in the charging settings via the touch-screen.

Tesla’s supercharger network, where cars can be charged for free and in a fraction of the time of other charging points, continues to grow with several locations in the UK, mainly around major cities, Other points can be used with the correct adaptor, but take longer.

Tesla’s recommended home charging point would allow the 60kWh Model S to be charged in less than six hours from empty, while charging directly from the mains would take around 30 hours. It’s unthinkable that anyone choosing a Tesla wouldn’t also install a home charging point.

Setting aside the price for a moment, the Model S is an EV that carries the fewest compromises in terms of space, performance and range. It feels like a spacious, hi-tech luxury car. Of course, there’s a price to be paid, which is higher than high-performance diesel and hybrid versions of executive cars, although significantly lower than a Porsche Panamera plug-in hybrid. BIK tax is also relatively low.

For those using the London congestion charge zone, there’s a benefit in using the Tesla (as for any EV). And if you have access to a nearby Supercharger, then it would be possible to reduce running costs further than the fuel cost shown in our data. Ultimately, it’s a case of ensuring the Model S is fit for purpose as a company car, and carries a cost benefit for the business.