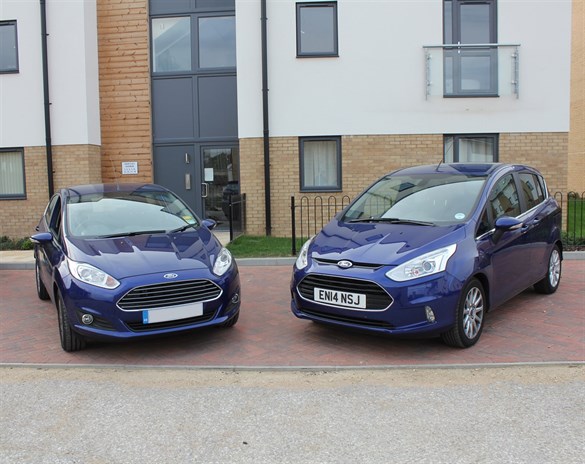 The tall, boxy MPV shape of the B-Max may not make it the most attractive vehicle on the fleet, but it does offer some useful advantages.

Despite its generally small dimensions, it manages to inherit several of the benefits of its larger MPV siblings.

The extra height Ford has bestowed upon the vehicle gives room for a tall windscreen, offering a great view of the road. When combined with the tall side windows, and upright seating positions, visibility and road awareness is pretty good.

Add in the clear and simple rear parking sensor system, and you’ve got a car that’s very much at home as a town or city runaround, while remaining practical.

At the car’s launch in 2012, Ford told Fleet News the car is for “people who want more space than a typical B-sector car but don’t want to drive something bigger”, which isn’t a bad summary.

It’ll hold its own on a motorway run without issue, and while fuel economy may suffer at higher speeds, comfort for the driver is surprisingly good. The seats offer decent support, and even after 200 miles and nearly four hours behind the wheel, I didn’t feel uncomfortable, though if there was aa passenger behind 6ft 3-me, they may not have felt the same way!