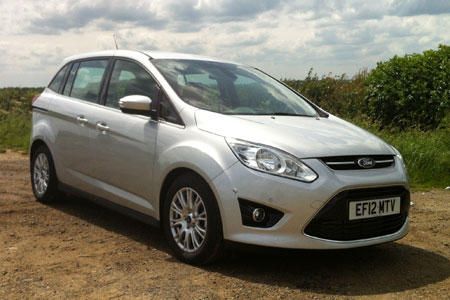 In the last review of the Ford Grand C-Max we reported on some issues with the remote control key fob which had, on three occasions, refused to unlock the car.

The issue, we surmised, was likely to be either a depleted battery in the fob or the car’s battery going into early snooze mode (if the car is unused for several weeks, the battery goes into stand-by to prevent it being drained by the clock and alarm sensors).

Exacerbating the situation was the fact that while the emergency manual key hidden within the fob unlocked the car, it didn’t deactivate the alarm. Fortunately at the point at which people were starting to stare at this would-be car thief, the remote control fob woke up, enabling me to disarm the alarm.

Since the last review, we’ve switched fobs in the hope that it would solve the problem. So far, so good; it appears the issue was a worn fob battery.

The Grand C-Max has been an excellent family-orientated fleet car since its time with us. On a number of occasions all seven seats have been called into action. Each can easily accommodate an adult with ample leg and head room, although passengers in the rearmost seats are advised to bring a cushion to provide additional lumbar support.

The downside to using all seven seats is limited boot space; it’s sufficient to carry a few shopping bags, but not for weekend luggage. But the seating flexibility offers a clear advantage over an estate car.

Our Grand C-Max is fitted with rear reversing camera, a helpful visual aid when negotiating car park spaces. Lines on the bottom of the screen provide a useful indication of both the rear of the car and the additional distance required to open the boot.

It has eliminated those awkward (and potentially damaging) situations of trying to swing open the boot only to find the wall behind creates a barrier, leaving an aperture of just a few inches.

One final quibble is the Grand C-Max’s barge-like turning circle. On several occasions we’ve been caught out reverse parking, resulting in some embarrassing three-point shuffles.

Niggles aside, our first two months with the Grand C-Max have been, on balance, a positive experience. Expect this car to become a Fleet News favourite.