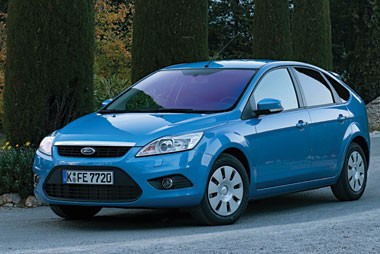 Ford is the latest manufacturer to launch a ‘start-stop’ system (note the word switch, one for the marketeers) which will make its debut on the new Focus Econetic next February.

Both Econetics attract 100% writing down allowances and 13% benefit-in-kind tax, with the 99g/km model also qualifying for zero VED.

Econetic becomes a range in its own right, with specification close to the Zetec.

The non-start-stop model will attract more sales, mostly fleets, with Ford estimating it will take a “conservative 3%” of Focus sales in year one.

The start-stop version, which costs £500 more at £19,995, will take 0.5% due to unproved customer acceptance of the technology.

The start-stop Econetic features an eco mode which taps into the telemetry to give drivers instant feedback on their efficiency.

Drivers collect up to five petals for each of the elements as a reward.

Achieve three fives and the system praises you as an ‘eco champion’; however, none of the journalists on the press launch came close to this.

Other Econetic tricks include regenerative charging of the battery under braking. It also has a second, smaller battery which continues to power items such as the air conditioning while the engine is off.

While Ford may be late to the stop-start club, its new Focus is an impressive offering.

However, its challenge falters when you look at the front-end price and its RV prediction – especially when compared to the 99g/km Golf.