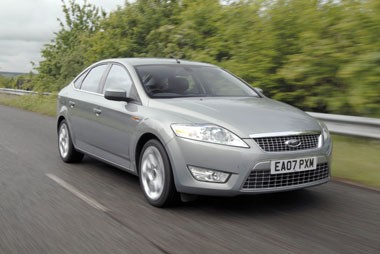 Ford’s Mondeo has been pretty universally acknowledged as a very capable car.

It’s well built, good to look at and fun to drive.

But for the fleet driver whose new Mondeo absolutely has to be diesel powered to lower company car tax bills, it’s not been the quickest of cars.

The 2.0 TDCi 138bhp diesel engine is by no means a bad one, but it’s hardly scintillating.

Ford didn’t get where it is today by ignoring the wishes of its customers, so it has introduced a new unit into the Mondeo.

The 2.2-litre engine, engineered in partnership with PSA Peugeot Citroën, is also found in the S-MAX and Galaxy.

If you or your drivers take a shine to the prospect of extra power at (relatively) little extra fuel expense, be warned – it’ll cost you.

Ford expects this latest engine to sell a total of 5,000 units each year, making up 10% of total Mondeo sales.

The 2.2 TDCi engine is top of the tree when it comes to Ford’s diesel line-up, so it’s rather fitting that it should be available only in the top-spec Mondeos.

As decent as the 138bhp 2.0 TDCi engine is, it can sometimes feel rather stretched and asthmatic if too much is asked of it.

When you’re in a car with plenty of toys, you want an engine that matches up to the premium feel.

No such problems for this larger-capacity unit. It’s packed with oomph from 1,750rpm when the torque reaches its peak and stays there until just under 3,000rpm, which is when the power hits its maximum.

Consequently, there is always grunt under your right foot, which makes overtaking a much more confidence-inspiring manoeuvre than in the 2.0 TDCi.

And with only a small decrease in fuel efficiency and a small increase in company car tax to contend with, it could be just what many drivers are looking for.

The new engine finally gives Mondeo a bit of extra grunt to compete with diesel units of similar power from the likes of Renault and Peugeot.

Only available in high-spec cars it needs to fit in with its surroundings – and it does the job very nicely.