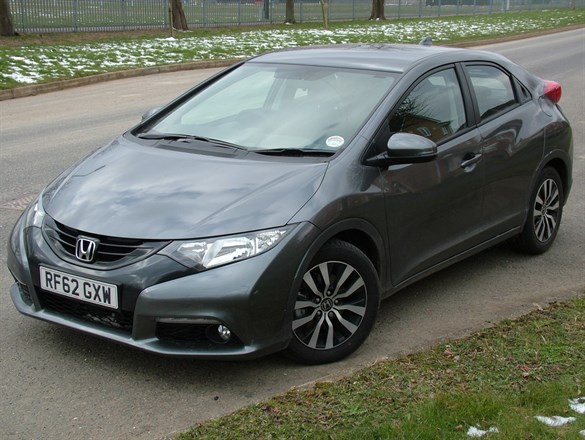 The Honda Civic is the most economical fleet car I have ever driven – fact.

I just cracked the 70mpg barrier in our long-term Honda Civic 1.6 i-DTEC ES-T and I overshot the target by 5mpg for good measure, to take account of our over-optimistic trip computer.

The extra push has resulted in real-world fuel economy of 70mpg, covering a mix of urban, rural and motorway driving, with a fuel cost of around nine pence per mile.

Admittedly, the Civic’s achievement took very careful driving and on motorways I stuck resolutely to around 65mph, so it’s not the sort of economy you would return every day.

However, with similar effort in other cars, my fuel economy has always languished at the low-60mpg level.

I should point out though that my assessment of the Civic as the most fuel efficient car I have ever driven includes hybrids, but range-extender electric vehicles are excluded, as they blow all other vehicles out of the water for lifetime fuel economy.

In the past month I have also ventured away from the driving seat to delve into the wonders of the Honda’s ‘magic seats’.

Put simply, the rear seats don’t just fold down, they fold up. It frees up all the floor space in the back, which is great for carrying bulky objects.

It is a simple idea, but it’s brilliant and another area where the Civic stands out from the intense competition in this sector.