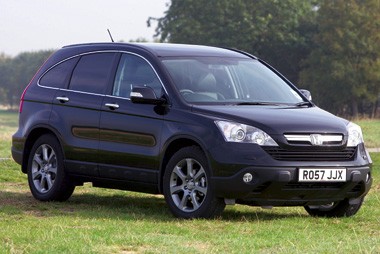 For my previous test on the Honda CR-V I began a drive to improve fuel economy.

Increasing costs and shorter journeys had pushed up my mpg figure and I decided to try a more conservative driving style, keep an eye on tyre pressures and keep in-car loads to a minimum.

Only by a marginal amount but fuel consumption last month was 39.2mpg and this month’s figure is 40.6mpg.

So it proves that altering your driving style can improve your fuel economy.

The official combined cycle figure from Honda is 43.5mpg so I’ve not managed to reach this mark and if I want to compare it with the likes of the diesel Vauxhall Vectra and the Volkswagen Passat estates which could be potential market steals for Honda then I’m still falling almost 6mpg short with both these models returning 46.3mpg.

I’ve been testing the car for almost a year now and I’m sad to say I’ll be reluctantly handing the keys back to Honda this week.

I’ve had very few quibbles during the past year and can honestly say I would purchase a CR-V tomorrow.

I’m not alone either as a quick trip on UK roads shows the popularity of this model – there seems to be one on almost every street corner.

The best aspect for me has been the high driving position – it feels safer to have a good view of the road ahead.

There’s nothing flimsy about the CR-V – it offers a sturdy, well-built alternative for families wanting to move up from a saloon or switch from an estate.

Improvements in design mean a less wallowy drive than this type of car used to have and the CR-V is particularly car-like.

It handles corners as well as most cars and is a far cry from some of the cumbersome 4x4s on the market.

Extras such as heated seats, back in use the past few mornings as temperatures dipped, have been an added bonus.

I’ve also got to grips with the sat-nav system. I had a few glitches when I first collected the CR-V, mainly trying to find the option to exit navigation when it’s no longer needed.

It’s actually very clear – simply a case of pressing a button at the bottom right of the unit, which then prompts the screen to ask if navigation is no longer needed.

It could be made even simpler with a ‘navigation off’ button clearly labeled on the unit but very few systems seem to have this.

The past year has only seen one trip to the Honda garage and that was to re-adjust the headlights.

The range of light when on full beam seemed particularly short and still seems so now but this is my only niggle in a year of driving – not bad.