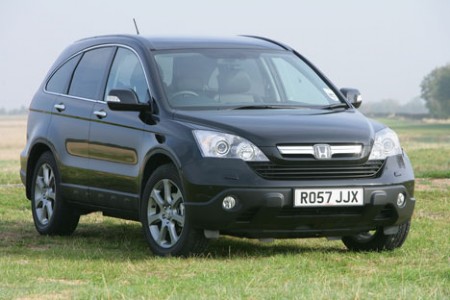 Baby business is big business, that’s one thing I have noticed since having one myself.

Companies compete with each other to secure another baby pound and activities such as baby massage, baby yoga or baby music are attended each week by mothers keen to give their new arrival the best start in life.

And car maunfacturers are just as eager to appeal to the mumsy brigade.

Honda’s target customer for the CR-V is a young family, with the company saying it wants “more yummy mummies” driving the car.

The manufacturer is also hosting six drive days this summer in a bid to attract female buyers to the brand.

The events, at country houses, give drivers the chance to test up to three cars while the rest of the family take advantage of spa treatments, golf lessons and a Formula One simulator.

I’m not sure I’m feeling too yummy yet but the CR-V gets my approval as a baby carrying machine.

Its roomy interior offers plenty of space and after 12,000 miles it’s wearing well despite all the buggies, prams and car seats thrown in on a daily basis.

There are a few scuffs on the boot rim but nothing major.

The only thing that has worn is the driver’s wiper blade, but this was quickly replaced at its first 12,000-mile service last week.

To find out if Honda is likely to be successful in wooing young mums, I asked a couple of them for their views on swapping their company car for a CR-V.

Emma Vines, mother to four-month-old Riley, said: “My priorities have completely changed and space is now a premium.

“The CR-V has all of these. Even though monthly tax payments on a CR-V are higher than I pay on my BMW 1 Series – £183 compared to £124 (40% taxpayer)– that wouldn’t necessarily put me off. What I would need to consider are fuel costs.

The mpg on the CR-V is less my 1 Series so this could add up over the year.”

Emma Delmont-Shell, mother to five-month-old Oliver, said: “My annual mileage is particularly high so fuel costs are the number one factor for me, especially in the current climate.

"I claim business mileage but as I also use the car for private mileage I need to take this into consideration.

“The second factor, as already mentioned, is space. My pram is one of the larger models and it would need to fit into the boot.

"I know I would struggle with some vehicles and I think I would need to remove the rear parcel shelf from the CR-V.

"The car seat which attaches to the pram is also large so this needs to be able to fit behind the passenger seat with ease.

"On some cars the seat will not move far enough forward to accommodate the car seat in the back.”