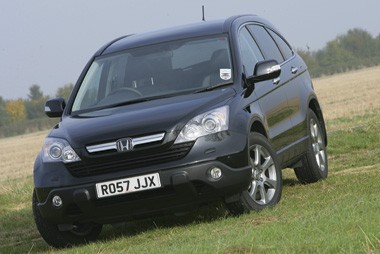 I was hoping a stint on maternity leave would give my fuel spend some sort of reprieve.

My daily commute to work is a 25-mile round trip and while off I had great intentions of shifting a bit of weight with regular walks into my local town – a four-mile round trip, leaving the CR-V on my drive as much as possible.

However, being a fair-weather walker, the great British summer has marred my plans and I’ve been using the CR-V for regular short hops into town and back much more than I’d hoped.

As a result, my fuel economy has plummeted. My normal commute to work is a 20-minute straight drive down the A1 at 70mph, whereas my short hops to town involve constant gear changes and I rarely reach more than 40mph.

It’s not surprising, then, that a few months ago I was averaging 43.5mpg, and now I’m just about scraping 39mpg.

That means on average it’s costing an extra £7 a week in fuel – that’s a whopping £364 a year. Imagine how this affects a large fleet with dozens of vehicles.

I’m always looking at ways to save money and this obviously includes fuel, so it got me thinking – how could I bring down the cost of motoring?

I’m now on a mission to improve my mpg and cut my fuel costs. I’m adopting a more conservative driving style and rather than braking each time I approach a junction, I’m letting the car slow down on its own where possible.

I religiously check my tyre pressure each week as lower pressures can increase the drag on a car which could use more fuel and I’m being sensible with the air-conditioning. Instead of having it on all the time, it’s just on when it’s really hot.

A major way to cut fuel costs would be by driving a lighter car.

I don’t have a roof rack, which would be the obvious item to remove, and I need the baby safety seat, the car seat ISOFIX base unit (which is really heavy) and a pushchair in the CR-V almost permanently, so I’ve had to leave them in.

Last week, the CR-V’s fuel consumption was 39.2mpg.
Give me a month on my cost-cutting regime and hopefully we’ll see an improvement in this figure.