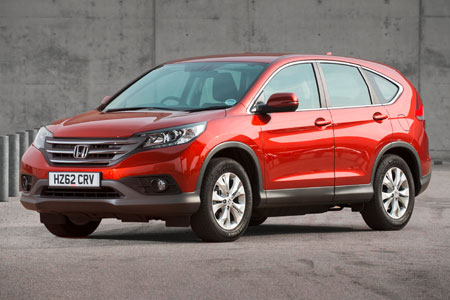 Honda is banking on the performance of a pacesetting new diesel engine to win back many of the customers it has lost in recent years.

The Japanese company believes the high economy and low emissions of the British-built car will also tempt corporate sector motorists to change their hatchbacks and saloons for sports utility models.

“After all our problems in the wake of the banking crisis, we need to find new opportunities and I think this new 1.6-litre unit has all it takes to open many doors,” said Honda corporate operations manager Lee Wheeler.

“Making it available in the CR-V range model brings SUV motoring a lot closer to people who have always opted for traditional C-sector cars.

“This is a viable alternative to the hatchback and I’m confident customers will like what we’re offering.”

Speaking at the media preview of the new range in Prague, Wheeler added: “Many people aspire to the CR-V but have regarded it as too expensive to operate even though it had competitive wholelife costs.

In its latest guise, it is more affordable and offers a different motoring experience that should fit well with many user-choosers.”

Business users will account for half the 4,500 registrations Honda hopes to achieve next year with the lighter, front-drive version, which is capable of more than 60mpg. 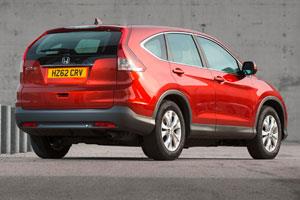 “Many of these will be conquests, but I am hoping to win back the customers we have lost as a result of not having a smaller diesel engine in the line-up,” said Wheeler.

“I’m confident about this car and I think we’ll do well as we talk to fleet operators with a 130g/km cap on emissions or who rule out four wheel drive.”

Although the 1.6-litre range will not be in showrooms until October, a campaign to promote its lower running costs has begun. “No hard data will be available until September, but we’re still able to demonstrate how stronger residual values and lower SMR costs impact on overheads,” he said.
Weighing 116kg less than 2.2-litre versions, the front-drive CR-V shares its six-speed manual gearbox with the Civic and uses softer springing for smooth progress with stiffer damping to reduce body roll.

Despite its bulk and voluminous cargo space – up to 1,669 litres with the rear backrests down – the car is reasonably quick off the mark, has a lively response and rarely seems lacking in output.

It corners well for its height, feels secure at speed and cruises quietly in a high top ratio.

Pricing is not finalised, but the SR is expected to cost about £24,500 – undercutting the 4WD version enough to attract the growing number of D-sector user-chooser drivers seeking versatile transport with lower wholelife costs.