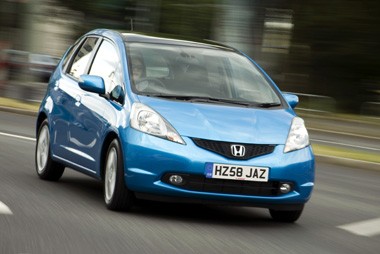 Old people and nurses. Perhaps even old nurses, too.

Launching the new Jazz, Honda took the unprecedented step of daring to suggest that the sort of people that will buy its new supermini have not joined Facebook, might even write text messages with full punctuation, and probably don’t even snowboard.

What it is trying to achieve by suggesting that its customers aren’t straight out of an Abercrombie and Fitch catalogue – the marketing line every other supermini seller wearily trots out – is the message that the Jazz is a spacious, reliable, practical car for normal people with tiring jobs.

The old Jazz was something of a phenomenon. It looked like a retail favourite, but in fact sold in large numbers to the public sector, especially to district nurses and midwives, while at the same time managing to keep sales steady throughout its lifetime, with residuals strengthening all the time.

All of which comes down to dependability. Nurses liked it because it was extremely reliable and very practical (Jazz was the fourth best-selling vehicle within the NHS Purchasing Agreement with a 15% share).

Buyers came back for a new one over and over, keeping sales healthy (an incredible 60% of Jazz buyers repurchase and around 28-30,000 were sold each year with a third going to fleets), while on the used market, punters recognised a sure bet when they saw one.

With the new model, Honda has been very careful not to break up this winning combination, adding to it instead.

The result is a car that on the face of it isn’t exactly the most exciting new launch this year, but instead a car extremely adept at doing what it is designed to do. And that’s as good as it gets when it comes to building cars.

To make the Jazz even more spacious inside it is slightly bigger, with 40mm more knee room for rear passengers, while shoulder room front and back has increased by similar margins.

Visibility in the front has been improved with thinner A pillars, there’s a new panoramic sunroof to let more light in, while ‘magic seats’ in the rear and a double floor boot offer greater versatility.

It’s not cheap, though.

The ES grade 1.4-litre is likely to be the most popular model, accounting for 25% of the total mix. At £11,490, it includes 15-inch alloy wheels, air conditioning, ‘double-trunk’ boot, refrigerated glovebox and vehicle stability assist.

Both engines are now i-VTEC rather than the old i-DSI technology, making the cars more economical and more powerful, while refinement has also been improved.

Honda recognised that the old model was a bit on the boomy side, while the suspension was on the crashy side, so both have been heavily worked on.

There is no chance of there being a diesel variant. Honda is fully committed to bigger diesel engines, but for smaller cars it will be offering only petrol, and from next year in the recently revealed Insight, hybrid power trains.

It reckons that the mileages done in superminis, along with the extra cost of development, does not make a small diesel worthwhile.

Jazz residual values have not been revealed yet either, but seeing as some models of the old Jazz are still predicted by CAP to be worth around 37-38% of new price in three years/60,000 miles’ time, expect the new one to get an uplift to around the 40% mark.

To be honest, the dashboard is a bit of a mess. Without the budget to add the flair the Civic has, what you get is a conglomeration of plasticky swoops and clunky buttons that swarm and sprout around the driver.

As for materials, the top of the dash is especially shiny and cheap.
But Honda is flying when it comes to seats.

The Jazz is fantastically comfortable to sit in.

In the choice of engines, there seems little between them. The 1.4-litre is noisier while the 1.2-litre doesn’t really feel any slower, which suggests that the 1.2-litre is the one to go for, being more economical, too.

Both have very precise five-speed gearboxes, while the suspension is indeed a big improvement. Getting lost on the test route found us on a right old shambles of a road, and the Jazz took all in its stride with no fuss.

But the biggest compliment you can give the Jazz is that it has no peer in its class in terms of spaciousness and practicality.

The rear legroom would embarrass many upper-medium cars.

The ‘magic seats’ feature extremely clever engineering which means they can be folded instantly into the floor or swung upwards with a nominal flick of a switch without any need to remove headrests, or move the front seats. Paul Daniels would be impressed.

The boot is equally useful, with 1.4-litre models getting a double trunk which has a flexible floor allowing all sorts of configurations, as well as a handy cargo net. With a total of 399 litres of boot space, the Jazz has more carrying capacity than a Ford Focus.

Anybody thinking that downsizing means awkward compromises should try a Jazz. It isn’t the trendiest model on the market, but it does what it claims to do superbly, offering unparalleled variety and utility.

Add in the fact it is likely to be very reliable, with strong residuals, and the Jazz should be on a list of potential small company cars for everybody, no matter what age or profession.