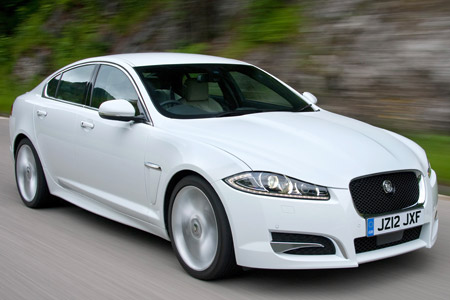 Inflation is a troublesome thing. The rate at which costs increase has a habit of taking goods out of strategic price points that make them attractive.

And while there’s more to procuring vehicles for fleets than an on-the-road price, or even a transaction price, with best practice looking at wholelife costs, it still has a role to play.

When Jaguar launched the XF in 2008 its strategy was based on six-cylinder and eight-cylinder cars with high levels of standard equipment, but the volume of business sales in the executive saloon sector is four-cylinder diesel.

So while the equivalent of the least expensive XF models at launch in 2008 are now north of £36,000 (around 10% higher than four years ago) and high-specification versions of the 190bhp 2.2-litre diesel occupy the old entry price point for the range, Jaguar has recently launched a 163bhp version of the 2.2 D as well as some new equipment grades.

The result is the new 2.2 D SE comes in at less than £30,000, although this new entry-level version does without satellite navigation (but retains the touch-screen display to use other functions). Of more interest to company fleets will be the 2.2 D SE Business.

Based on the SE, with part-leather seats, climate control, and the usual executive car base equipment, it also features satellite navigation and Bluetooth as standard.

So it would have enough to make it appealing to executives able to choose a car in that segment, while its equipment level should also help minimise depreciation and make it an attractive used car after defleeting.

One slightly disappointing aspect of the lower power version is that fuel consumption and CO2 emissions are unchanged from the 190bhp variant at 52.3mpg on the combined cycle and 149g/km.

This has implications for company car BIK, employers’ NIC and – in the case of the 520d – write-down allowance or lease rental restrictions after April 2013 when the current 160g/km threshold is reduced to 130g/km.

The 163bhp XF still feels adequate on the road with a 0-62mph time of 10.5 seconds and it isn’t surprising that it doesn’t feel as responsive as the 190bhp variant, although it’s very smooth and refined.

The XF’s interior feels more special than other cars in this class with the cylindrical gear selector that emerges from the centre console when the car is started and the light blue LED illumination which gives it a far more modern feel than earlier Jaguars.

It might not persuade people to trade down into the car, but it could make the XF more accessible to other drivers about to trade up into an executive saloon.