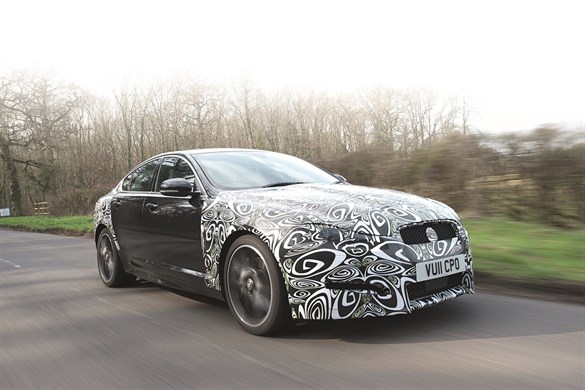 Jaguar will be focusing its efforts on attracting user-choosers with a sub-150g/km model this summer with a new four-cylinder version of the XF. The new engine will be offered on a facelifted version of the car due to be unveiled in April.

The car uses a 2.2-litre diesel producing 190bhp and 332lb-ft of torque. It’s a similar specification to the recent SD4 engine introduced in the Land Rover Freelander, and is part of the Ford-PSA diesel engine family.

It drives the XF via an eight-speed ZF automatic gearbox and this version of the car also comes with stop-start technology.

It means the XF is now capable (subject to official confirmation) of 149g/km and fuel consumption of 52.3mpg on the combined cycle.

The XF has been a huge success for Jaguar since its launch and its positioning at the top end of the executive car sector, together with a simple line-up and generous equipment levels, has meant strong resale values despite it being a relatively common sight.

However, with lowest CO2 emissions of 179g/km for the 3.0-litre diesel, it is suffering against German rivals whose six-cylinder models with automatic transmissions can be chosen with CO2 emissions at 160g/km and below.

The new engine is likely to renew interest in the XF from fleet operators as well as potentially give a new range of user-choosers access to it. Jaguar thinks the 2.2 will take 60% of XF sales.
Fleet News took an early prototype (pictured below) out on the road to see if has all of the appeal of the six-cylinder diesel model.

The eight-speed automatic gearbox is ultra responsive and the engine feels exceptionally smooth.
Its torque figure of 332lb-ft is substantially greater than the four-cylinder diesel versions of the new Audi A6 and BMW 520d, and its performance feels much stronger than it suggests on paper.

The stop-start system is one of the best to date with a near instantaneous restart. Steering column-mounted paddles for the gearbox can also allow virtual ‘block changes’ – pull the left paddle back four times when slowing for a bend in top gear and it will immediately select fourth gear.

The Jaguar’s new engine is supremely flexible and suits the XF very well. Together with other changes to the car due to be announced in April, it will increase its desirability as a company car.