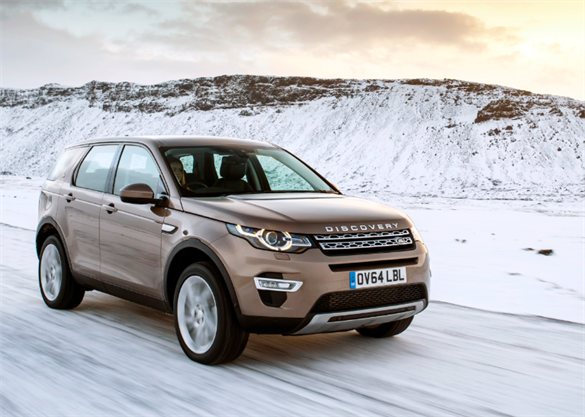 The Discovery Sport is arguably the most important vehicle Land Rover has launched since the original Freelander revived an ailing business in the late 1990s. Land Rover itself describes the car as “a pivotal moment” in the company’s 66-year history.

Unofficially the replacement for the Freelander, the new Discovery Sport is available in January with a fleet ‘unfriendly’ 162g/km 2.2-litre 190hp SD4 diesel (46mpg); the key engine, a 119g/km eD4 diesel (62mpg) front-wheel drive model is not due until the second half of 2015.

Details will be revealed early next year, but the engine is likely to be a version of the Euro 6-compliant Ingenium unit that goes into the Jaguar XE in April. A 2.0-litre four-cylinder diesel, it will make the Discovery Sport one of the lowest emitting premium compact SUVs on the market.

Despite being compact, the Discovery Sport has a 5+2 seating configuration; the ‘two’ are fold-flat seats which sit higher than the middle row to improve passengers’ visibility and to give the perception of greater space.

According to Land Rover, 120 fleets have already placed orders for the 2.2-litre version; it expects the more efficient model to account for the majority of corporate sales with user-choosers and conquests key targets. It will be its biggest seller in the UK, alongside the Range Rover Evoque.

“Eighty per cent of those that have requested information are new to the brand,” said a spokesman.

Running costs are 45p per mile over four years/80,000 miles for the entry-level £32,160 Discovery Sport, according to KeeResources, slightly higher than the sector-leading BMW X3’s 41p per mile due to fuel costs.

Design-wise, the Discovery Sport features the familiar Land Rover cues, including the distinctive C-pillar, clam-shell bonnet and two-bar grille, but it is sleeker with rounded edges compared to the larger Discovery.

Boot space, like the interior space overall, is generous: 689 litres with the middle row of seats pushed forward; 1,698 litres with them folded flat – which can be done with a flick of a switch from the tailgate.

Safety is a priority: emergency brake lights, reverse traffic detection, traction control, stability control, autonomous emergency braking, lane departure warning and a pedestrian airbag – the first on a compact SUV – are all standard. Traffic sign recognition is optional. As a result, the car has achieved a five-star EuroNCAP rating.

The media launch took place on the snow- and ice-covered roads of Iceland, allowing the car to showcase its off-road capabilities. Land Rover acknowledges that few customers will put these to the test, but the reassurance that the car will be able to get drivers out of the tightest fixes – including flooded water to a wading depth of 600mm – provides peace of mind.

Terrain Response with its four functions – general, grass/gravel/snow, mud and ruts, and sand – performed superbly on test. Snow, ice and gravel were handled with assured confidence while the traction control stepped in as required with minimum fuss.

Back on the main roads, the electric power-assisted steering was precise while the ride was smooth despite the test cars running on studded tyres.

Complementing the high-tech safety equipment is an advanced infotainment system that allows the control of apps on the eight-inch touchscreen when paired to a mobile phone.