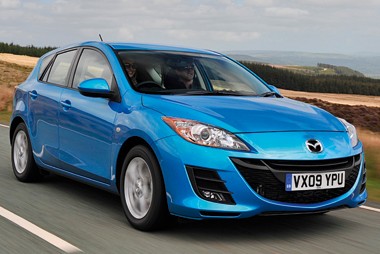 I readily admit to being a slave to the sat nav; only taking a cursory glance of a map, my unbending trust placed instead in a monosyllabic voice.

I’m not saying I’d emulate those unfortunate people who blindly follow their electronic guide into somebody’s front garden or worse still a lake.

But, I did once find myself in the car park of a newly-built supermarket near Keighley.

The point of my confession is I, like many other people who drive the length and breadth of the country for work, rely on having some sort of navigation device.

However, less fortunate is I have to possess the eyesight of a bird of prey to focus on its navigation screen when it appears on the car’s ‘multi information display’.

Its name is wider than the screen.

Sat right back in the centre of the dash, the three-by-two-inch screen shines up at me from its little burrow offering me a glimpse of what looks like the leftovers on a plate of spaghetti.

The owner’s manual states: “Do not keep your eyes fixed on the monitor screen while driving.”

Wise words when distraction is a constant danger to the at-work driver.

However, because of its modest proportions you’re left struggling to use the system effectively when only able to offer it a hurried glance.

In my case, I’ve chosen to use an alternative device, which does beg the question whether this is a version worthy of that level of additional investment.