As its name suggests, this new special edition version of the Mercedes-Benz E-Class is targeted solely at executives.

Mercedes-Benz recognises it needs to fight back against the onslaught of BMW with its recently re-engineered 520d and the result is a saloon model with extra equipment but with a lower P11D price than the entry-level E-Class.

The Executive costs £28,515 – £677 less than the Classic model on which it is based. However, to give it more appeal to user-choosers, Mercedes-Benz has added a raft of equipment at no extra cost. 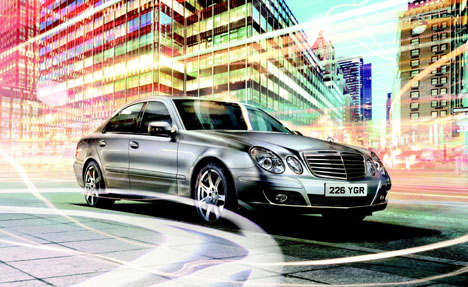 All of this extra equipment is worth £2,500, but because of the car’s low front-end price company car drivers will enjoy lower benefit-in-kind tax bills.

As with all E-Class models, the Executive also features the Neck-Pro head rests which reduce whiplash injuries, airbags all round and Pre-Safe, the accident mitigation system which aims to minimise injuries in a crash.

Power comes from the familiar 2.2-litre four-cylinder turbodiesel engine which returns a claimed 44.8mpg and CO2 emissions of 160g/km, putting it in the 22% BIK band.

This engine has been revised to make it not only more refined but also more responsive.

The Executive drives just like any other E-Class, which is: a) unsurprising, and b) no bad thing.

Since a host of revisions were made last year, the model rides and handles far better than the previous generation.

It still doesn’t offer the pure driving feedback offered in the BMW 5 Series, but it’s a lot closer than before.

Our test car was fitted with the five-speed automatic gearbox, which suits the nature of the car far more than the six-speed manual. The E220 is quiet, comfortable and with plenty of space inside.

The extra kit makes the interior a pleasant place to be, and even the Artico fake leather trim looks ok.

The Executive model makes a compelling case among the E-Class range. It offers good value, comes with plenty of equipment and drives well.

The extra safety systems which are fitted as standard equipment are also a boon in these times of increased focus on duty of care issues.