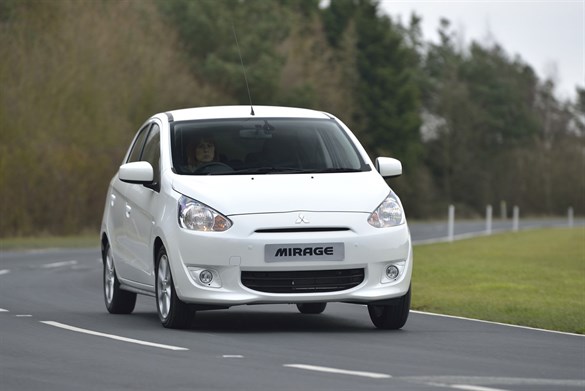 Advance viewings of the Mirage city range have been such a success that the 4,000 projected registrations figure for the next 12 months now appears to be significantly short of the demand expected by Mitsubishi Motors UK importer subsidiary company managing director Lance Bradley.

“We have had some great results from the network events that have just been staged and one dealer has reported selling 23 cars. I think our ordering will now be revised to 8,000 units and it could be even higher,” he said.

Speaking at the media launch of the car, Bradley told Fleet News: “After all the difficulties of last year when we felt the full brunt of unfavourable exchange rates and had no new model launches, things are now very different.

Built to compete with rivals from Nissan, Kia, Suzuki and Chevrolet, the Mirage is claimed to be the most efficient petrol-driven five-door A-sector model available. Powered by one-litre and 1.2-litre three-cylinder motors, the range boasts fuel economy of up to 68.9mpg. 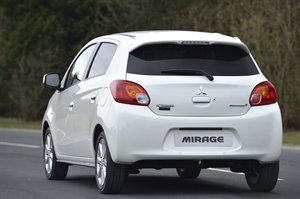 “It is also the only range in the UK with 100g/km emissions or less. That means all versions are free from excise duty and congestion charging. This is the right car for the times,” said Bradley.

Lighter than its rivals and also boasting class-leading aerodynamics, the Mirage is relatively spacious with rear seat accommodation that compares well with cars in the class above thanks to an engine bay that is more compact than usual. The packaging also provides bootspace of 235 litres that expands to 600 litres when the rear seats are folded.

Nippy through the lanes, our top-range test model cruised quietly on the open road and was impressively nimble in congested streets and on car parks, thanks to a turning circle of just 9.2 metres. 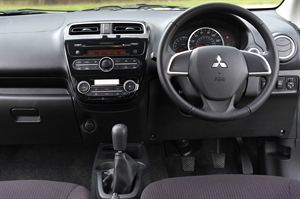 Among the easiest of cars to drive, the Mirage has an array of energy-saving gadgetry including stop-start, regenerative braking and low-friction tyres. It is also surprisingly comfortable with a strut and torsion beam suspension system providing confident road holding along with a smooth ride over mixed surfaces, but its electrically-assisted steering can feel vague at times and is lacking in feel.

Base, 2 and 3 trim levels all provide a good spread of equipment and the top version stands on 15-inch alloy wheels and comes with climate control, keyless entry, fog lamps, power windows, auto wipers and lights, front and rear parking sensors and daytime running lights as standard.