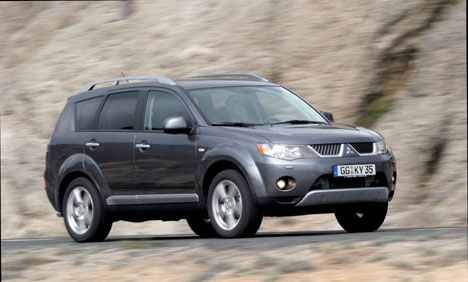 By this time next year, some car firms will have suffered some very nasty SUV-based injuries.

The sheer number of models being launched in the next few months means there is no way they can all succeed – there just isn’t the business out there. The question is: will the Outlander be one of the vanquished?

On the face of it, Mitsubishi should be in a decent position with its long history of four-wheel drive vehicles. The likes of Peugeot, Citroën and Vauxhall may have a tougher fight.

And that specialism might be important too, because behind the metal the Outlander shares much of its underpinnings with the upcoming Peugeot 4007 and Citroën C-Crosser. In total 10 new models will use this chassis architecture, jointly developed with DaimlerChrysler. The engine is even borrowed from Volkswagen.

So it stands a better chance than the last Outlander which was an unmitigated failure, hamstrung by its petrol-only power and its ‘uniqueness’.

The new model has all the basics of a good SUV. It looks very chunky, has a quality diesel engine, a seven-seat option and is competitively priced.

The front styling is a success and it certainly made a few people look twice. The rear is less successful, being a little too fussy with its LED tail lights.

In Warrior spec, there is all the usual blacked-out windows and metallic bling that Mitsubishi fits to its cars but overall it’s a handsome package

On the inside, there’s the usual amount of cheap-looking plastic that Mitsubishi seems so keen on, but the dash is cleanly laid out and there’s also plenty of space.

The seven-seat ‘Hide&Seat’ system is standard on Warrior specification and above and really can’t be used for much more than transporting children or drunk people not fussed about comfort. But then what else are the sixth and seventh used for? They snap out of the floor with the pull of a couple of straps, and fold away with similar alacrity.

And should you want a completely flat load bay, the second row of seats fold down electrically at the push of a button, which is very handy indeed. A split tailgate adds to the all-round usefulness.

On start-up the 138bhp 2.0-litre diesel engine, also in the likes of Passat and Golf, is as noisy as it has ever been in a car. It is exceptionally boomy, but as it warms up it becomes a lot more acceptable and does all of the things usually expected of it. It’s not fast off the mark, but gives the Outlander decent in-gear acceleration, while returning around 40mpg.

In almost all conditions, the Outlander will live in two-wheel drive, although it can be switched into four-wheel drive at the turn of a dial. It handles well too – not too wallowy, but not too stiff either – while the gearbox is a joy.

In a very competitive market, the Outlander has all the attributes for a good year. 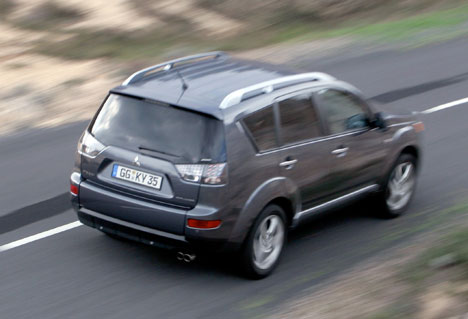