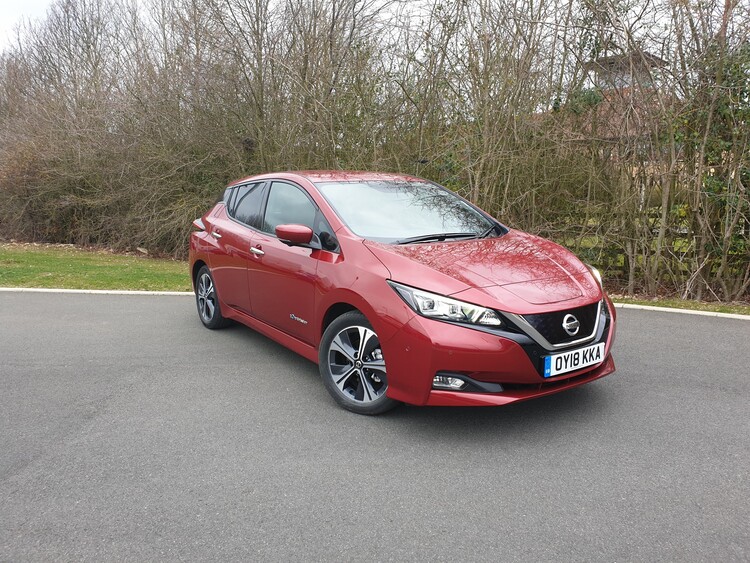 During our three months with the Leaf I have managed to do most of my charging at the office thanks to it now having 10 rapid charging points, ensuring there is always one available. This has meant I haven’t had range anxiety as I have kept the Leaf regularly topped up.

I have also experienced ‘charging in the wild’, courtesy of a Polar Plus card, supplied by Nissan for testing purposes. It gives access to more than 6,500 sites, including at train stations, dealerships and supermarkets. I tried out the latter on a few occasions and found it straightforward.

However, when I investigated getting a charging point installed at home it was complicated despite the house being just five years old with a garage and parking space.

The fuse box in the garage didn’t have enough power supply and using the electricity meter at the front of the house would have required permission from a neighbour to run a cable across their land and involve digging up the back garden.

In the end I decided to make do with public and workplace charging. This worked fine for my commute but meant I wasn't always able to rely on the car for every trip. 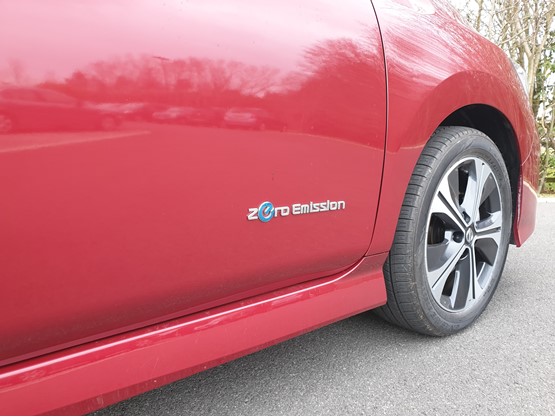 Business users may struggle to get over the mental hurdle of traveling somewhere and needing to find a charge. Sure, there are lots of charging points across the UK, but what if they are in use, or broken? Until there is a larger network of easily accessible rapid chargers, for some high mileage drivers it will simply be too inconvenient to rely on.

The car has an average range of around 144 miles, dropping to 138 in the winter. I followed the manufacturer's guidance and tried to keep the battery level above 20% to minismise the risk of being stranded.

There are of course plenty of benefits to having an EV. They are enjoyable to drive, much cheaper to run and better for the environment.

The Leaf itself has been enjoyable to test, with an average of 4 miles/kWh (in Eco mode) and plenty of safety and convenience features, including the semi-autonomous ProPilot.

I would, however, have preferred a more intuitive infotainment system.

There’s one feature on our Nissan Leaf which has proved divisive among colleagues: the e-Pedal. It’s activated via a switch and allows you to use the accelerator pedal to speed up and slow down the car rather than needing to use both the accelerator and brake pedals. You can even bring the car to a complete halt just by lifting off the accelerator.

The benefit, says Nissan, is that the Leaf will regenerate during e-Pedal deceleration to help extend the car’s range.

On paper it sounds great, but two colleagues have tried it and disliked it – to the extent where they have turned it off.

The problem is that it’s quite easy to let your foot off the accelerator too quickly and find yourself sharply braking. However, with some practice it’s a useful feature, particularly in slow moving traffic.

Our head of digital Jeremy Bennett, who is also testing a Leaf for sister title AM, says he has chosen to keep the e-Pedal on.

I use it from time to time, but I don’t like the experience of parking with it, particularly as I have to reverse up a slope into my parking space at home and you have to be quite precise with the pedal so at that point it gets switched off. I then have to remember to switch it back on!

The Leaf's electric motor develops 150PS and 320Nm, giving it a similar output to a conventional diesel car, like a VW Golf 2.0 TDI. It can accelerate from 0-60mph in 7.9 seconds and provides instant, seamless acceleration. When 'eco' mode is engaged the car optimises itself for maximum range and reduced throttle sensitivity.

Practicality is similar to that of a conventional hatchback, with a a large 435-litre boot and ample space for adults in the rear. 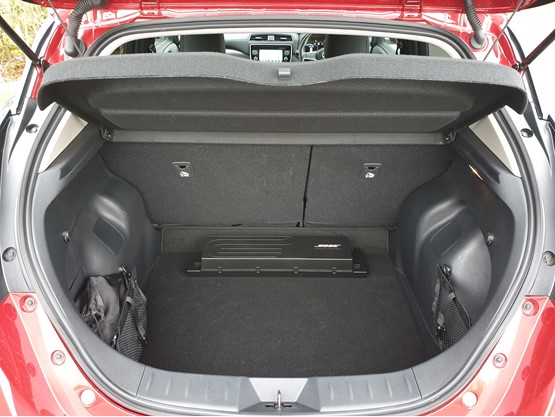 We’re testing the second generation pure electric Nissan Leaf, which picked up highly commended in the 2019 Fleet News Awards (just missing out to the Hyundai Kona Electric) thanks to its pricing, spaciousness and level of equipment.

However, the Kona has the edge for official range at 180 miles, while the Leaf has 168 miles and the e-Golf offers 144 miles (all WLTP figures). 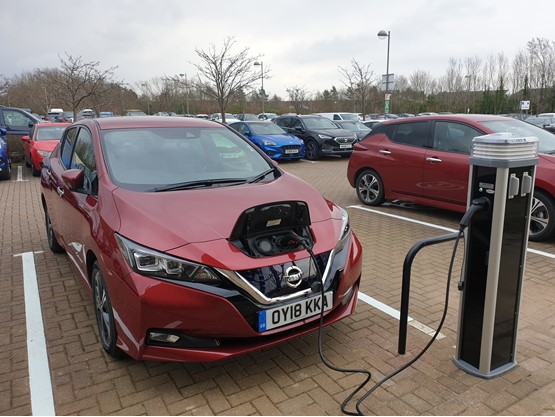 A longer-range Leaf, called the e+, was recently launched, with deliveries expected in summer. It has a 62kWh battery (compared with the 40kWh battery in our Leaf) and a range of 239 miles. Following heavy pre-order demand, Nissan has put the previously limited edition e+ into full production.

When we first took delivery of our Leaf its trip computer showed an available range of 142 miles, fully charged. This has since risen to 155 miles, although we’ve yet to put it to the test on a long motorway journey.

The infotainment system uses an eight-inch touchscreen and provides DAB and satnav. It also features an around-view monitor which uses cameras placed on the outside of the vehicle to give a 360-degree view.

The seats are heated in the front and rear, there is also a heated steering wheel and the ability to programme the car's heating system to come on before a journey - while it is on charge. This minimise the strain on the battery to warm the car up when driving and means there is no need to stand outside with an ice scraper in the winter.