Vauxhall Grandland first drive | no X, but it still hits the spot

"The new car looks more striking, as Vauxhall has grafted on the ‘Visor’ front end." 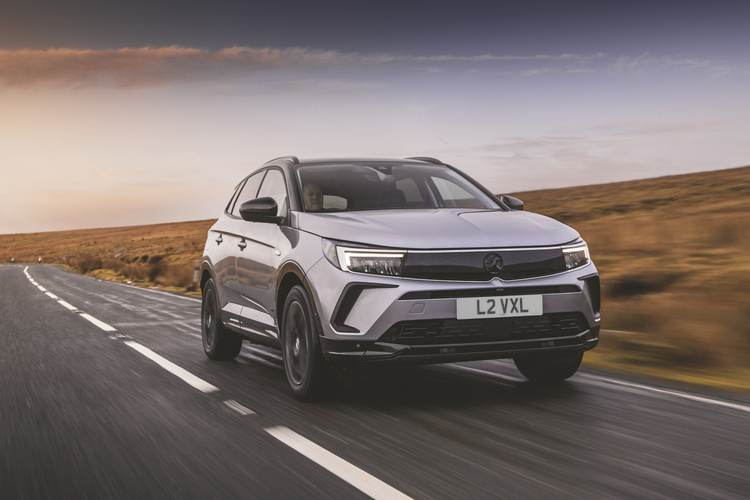 Vauxhall has overhauled its mid-size crossover in a bid to raise its popularity in the hotly contested automotive segment. Now known simply as the Grandland (no longer the Grandland X), the facelifted model gets a new nose, revised infotainment system and lower pricing.

There was nothing wrong with the previous model – it shares underpinnings with the multiple Fleet News Award-winning Peugeot 3008, after all – but it never managed to attract the masses as rivals did.

The new car looks more striking, as Vauxhall has grafted on the ‘Visor’ front end. It doesn’t work quite as well as on the Mokka and new Astra, as both those cars were designed from scratch to suit the more squared-off style, but it’s distinctive, nonetheless.

Inside, the Grandland retains some of its old General Motors-era switchgear, rather than the Groupe PSA/Stellantis bits that newer Vauxhalls use. Again, there’s no real complaints here as the controls are simple and easy to use.

One major change is the infotainment system. The old Vauxhall unit has been replaced with a more up-to-date one from the Corsa. It’s essentially a re-skinned version of what you’ll find in most Citroën and Peugeot models. It enables enhanced connectivity, with Apple Carplay, Android Auto and online services. There’s also a TomTom navigation system, which includes speed camera alerts and traffic warnings. The 10-inch touchscreen is responsive and offers high clarity, but the outer parts of the display do nothing more than repeat what’s already shown on the separate climate control panel, meaning the usable screen size is reduced. 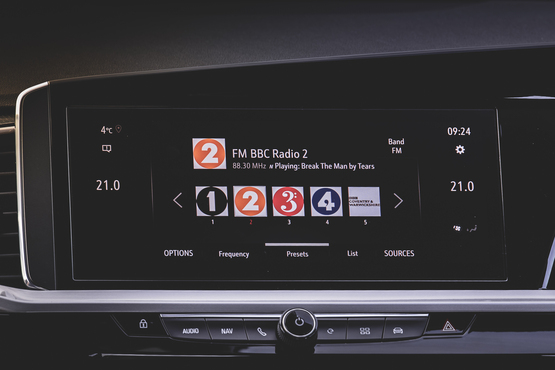 The new digital instrument cluster is much more welcome. It’s standard across the range, offering configurable views including navigation map and trip computer data. Other new features include a lane positioning system, which can work in conjunction with the adaptive cruise control and a night vision camera that displays an enhanced view of the road ahead in the instrument cluster for improved night driving.

From launch, there are three engine choices across three trim grades. The entry-level (and predicted best-seller) is a 1.2-litre 130PS petrol, which comes with a six-speed manual or optional eight-speed automatic gearbox, priced from £25,535. The three-cylinder unit does an adequate job of hauling the Grandland around, with fuel consumption of more than 40mpg achievable. CO2 emissions range from 139-146g/km.

A diesel model, also with 130PS, can be had with the auto. It emits from 134g/km and should be good for an extra 10mpg compared with the petrol.

The plug-in hybrid (Hybrid-e) is the most compelling fleet choice, and is expected to account for one-in-four orders. Prices have been reduced by up to £3,995 for the 225PS model, compared with the outgoing one, which has a zero-emission range of 39 miles – placing it in the 12% benefit-in-kind tax bracket.

Available from £33,820, in mid-spec GS Line trim, the Grandland Hybrid-e offers a combination of strong performance, economy and technology for less than its competition. On longer trips it’s possible to achieve upwards of 60mpg with a careful right foot, while journeys of
less than 35 miles should be possible entirely in EV mode. Charging takes around 3.5 hours, unless you specify the £500 6.6kW charger, which reduces that to one hour 45 minutes. Drivers without a home wallbox will also have to factor in the £584 cost of a three-pin plug, as it doesn’t come as standard.

As before, the Grandland is a dependable choice in this segment. The facelift offers a more desirable look, with a higher level of technology and specification, and the same smooth and unflustered driving experience as before.

The Hybrid-e undercuts rival cars, like the new Kia Sportage PHEV and the VW Tiguan e-Hybrid, which should make it both accessible to more user choosers and cheaper for fleets over a typical cycle.