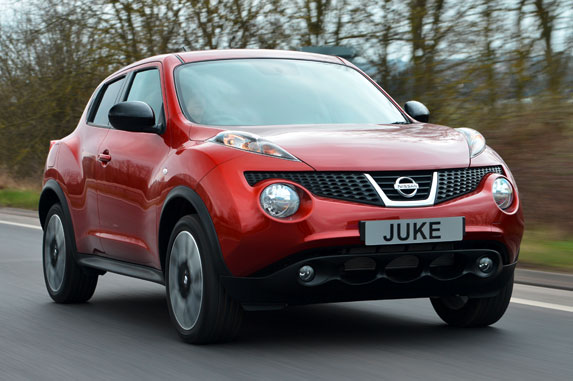 It’s three years since Nissan launched the Juke, the smaller crossover companion to its hugely-successful Qashqai, but it still manages to look different to anything else on the road today.

When I first spotted a white one in my rear-view mirror I wondered if NASA’s next-generation moon buggy was coming up behind me.

In darker colours (or our test colour ‘gun metal’) it’s a little more subdued – with the emphasis on little.

This is definitely not a car for drivers who hate being looked at.

When the Qashqai first launched in 2007 it spawned a trend for compact crossovers among company car drivers so it’s no surprise that the Juke is also proving popular.

It appeals to drivers that like the look of 4x4s and the higher driving position they offer, but don’t want to be stung by their running costs.

Until recently a greater focus on reducing emissions on its larger sibling meant the Qashqai had lower CO2 emissions than the Juke despite using the same engine and being a bigger car.

Part of this was down to the Juke not having stop-start.

Nissan has addressed this with the new 1.5-litre dCi engine which cuts emissions from 134g/km to 104g/km and increases fuel economy to 70.6mpg.

The official fuel consumption figure was not too far from the truth during our test week; it was consistently nudging 60mpg while we were driving in ‘eco’ mode.

With this mode selected, torque is limited to 162lb-ft, but in ‘normal’ and ‘sport’ modes 192lb-ft is available.

Aside from the sport mode, there are a few touches designed to appeal to drivers that aspire to a high performance car, but who are unlikely to be able to acquire one.

Take the Juke’s rear lights for example, which echo those on the 370Z coupé. 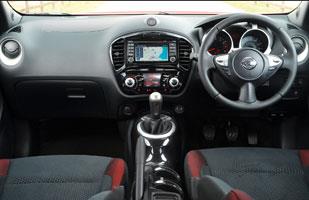 In keeping with the sporty theme, the Juke has a firm ride. Stiff suspension that helps resist body roll and 18-inch alloy wheels conspire to make the car fidget over poor surfaces.

For a crossover, practicality is not its strong point. Tall passengers may find themselves cramped in the rear of the car and the boot space is fairly small.

For that reason, the Qashqai will be more appealing to most company car drivers and fleet managers.

But the Juke successfully does the job of replicating the appeal of the Qashqai for a user-chooser audience that don’t need the larger car’s space.

However, it will soon be playing catch-up on CO2 again as the 2014 Qashqai available from February has emissions from 99g/km.