Nissan will use bold styling and extra ruggedness to drive its next X-trail model deeper into the burgeoning market for user-chooser SUVs.

As more manufacturers counter critics of off-road transport with softer looks and smoother-shaped bodywork, the Japanese firm is banking on stronger 4x4 credentials for higher sales of its entirely new model.

Nissan’s fleet sales director James Douglas said: “The old car always sold on its attributes rather than price and the replacement model has been developed to offer more of the same. We are convinced that greater off-road capability is the route to extra business with an increasing number of user-chooser drivers.”

Speaking at the international launch of the new range in Greece, he said: “In the past, we used to benchmark Ford and Vauxhall and ended up with a number of ‘me-too’ models that were not successful because they lacked individuality.

“All that started to change after the original X-trail arrived six years ago. This model instigated our move into niche products and led to us building the cars that attract people to the showrooms. We will be putting no financial support behind the new X-trail because we have plenty of evidence to suggest it is the kind of car that customers want.

“Far from being scared for our car to be labelled as a 4x4, we’re proud of what it is and what it does. We see customers who need credible off-road performance and are sure they will like the new model’s square-cut looks as it’s similar to the Freelander.”

Mr Douglas added: “The X-trail looks rugged and will not disappoint in this respect. The bonus is that it just happens to have car-like qualities on the road as well. So far, 30% of the total of 50,000 units that have been sold in Britain have gone to the fleet sector and we’re working to lift that higher.” 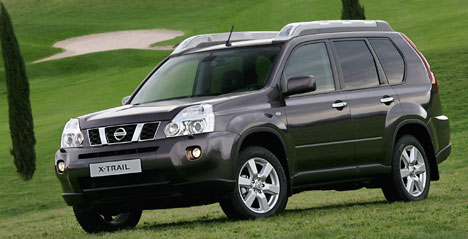 Around 4,300 examples of the new version will be available after it goes on sale in the autumn and volume for 2008 has been set at 10,500 units.

“While there will be no overall fleet growth next year, fleet penetration will rise because we plan to reduce short-cycle rental sales,” added Mr Douglas.

Prices have yet to be confirmed, but a substantial increase in features is likely to make the new model around 5% dearer.

Sharing its underpinnings with the Qashqai, Nissan’s seventh four-wheel-drive car has an electronic system that varies the amount of power to each wheel depending on conditions.

Two petrol engines will be available, but the 2.0-litre turbodiesel engines developed with alliance partner Renault are expected to drive 90% of UK market versions – two-thirds of them in 150bhp form and the remainder with 170bhp. After research revealed that half of owners previously drove family cars, the new X-trail was developed to offer diesel power with a six-speed auto transmission as well as a manual gearbox.

Most of the car’s 175mm longer bodywork has been used to provide extra cargo space and luggage capacity is increased from 450 litres to 602 with the rear seats in place. When they’re folded, they provide a flat floor with a 1,773-litre load area.

Equipment of the Trek, Sport and Aventura trim levels have yet to be fixed, but all models will come with a double rear floor with a slide-out 40-litre drawer.

The car’s interior has a more upmarket air with better instrumentation, improved switchgear and softer trim material. As well as having upgraded looks, the new dash has a large, soft-lined central box and eight cup holders – half of them cooled.

Subtle changes might give the X-trail a more beefy stance at the kerbside, but the biggest differences lie under the skin.

Greater engineering finesse shines through in many ways to make this car better all round. With stronger bodywork, revised suspension and ‘smart’ electronics controlling traction, it has confident road-holding and feels even better on the Tarmac as well as being more sure-footed off road. The new diesel engines also transform the car’s demeanour. Both are quiet, more efficient, have a smoother flow of power and are a vast improvement over the old 2.2-litre unit.

Our test cars came in Aventura trim with soft leather upholstery while the attractive interior panelwork still looked durable. The steering wheel is an object lesson in neat detailing, featuring buttons for the onboard computer, audio and cruise control all within easy reach of the thumbs.

Cabin space is generous at the front, but the optional panoramic sunroof – even larger on the new car – restricts headroom for taller passengers in the rear. 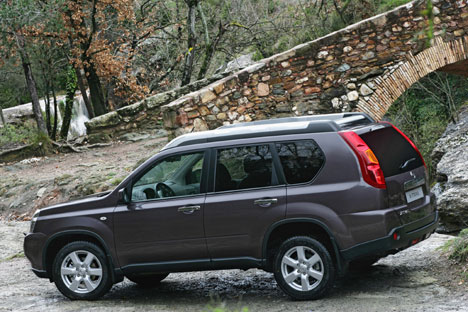 Nissan has worked hard to improve on its winning formula and the result is a new design that offers greater comfort, convenience and practicality.