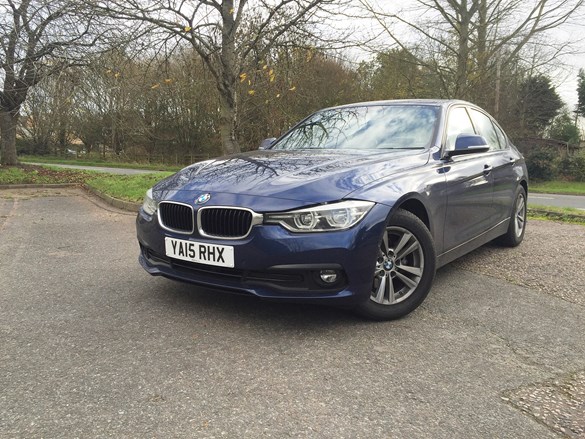 We were already fans of the 3 Series, having driven it on the press launch in September (Fleet News, September 17).

All this gets you 99g/km on the ‘back to basics’ 320ED Plus, a 10g/km like-for-like reduction; our long-termer comes in at 104g/km, due to being fitted with 16-inch double V-spoke alloys instead of lightweight single V-spoke wheels – a weight penalty for looking chic.

This translates to official fuel efficiency of 70.6mph. And that’s on a 163hp car, capable of accelerating from 0-62mph in 8secs. Compare that to our outgoing 4 Series 420d M Sport Gran Coupé. Admittedly, it was the higher output engine, at 190hp, although the resultant sprint differential is a negligible half-a-second. Less negligible are the 10g/km emissions saving and 5mpg fuel reduction.

In real-world terms, the difference between the two engines is even more pronounced. Our 420d returned 43-44mpg on the daily commute, rising to 52mpg on a long run. The 3 Series is sitting comfortably above 51mpg (an improvement of 7-8mpg) on the commute; we’ve yet to test its performance over a longer journey.