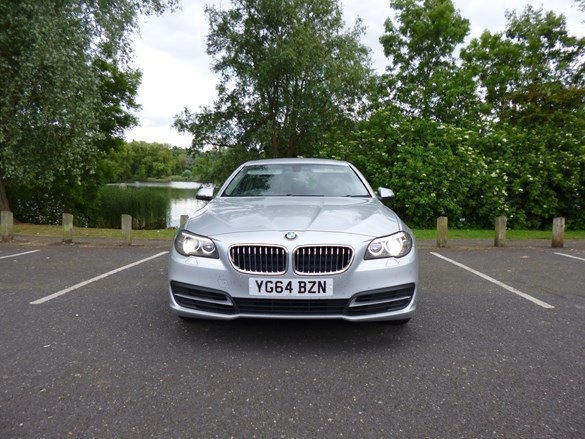 As we say farewell to our BMW 5 Series after  a three-month test period (and welcome the  4 Series Gran Coupé – more of which next month), it is worth reflecting on how this car shook up the executive car sector when it was launched in 2009, revitalising sales and putting the emphasis on efficiency as well as  performance and driver appeal.

All innovators eventually come under attack, and BMW’s rivals are making in-roads with their latest models. The Mercedes-Benz E-Class (Fleet News Awards executive car of the year) saw fleet sales rise more than 2% in 2014 and is the biggest selling car in the sector. Its emissions marginally under-cut the 5 Series, at 107g/km compared to 109g/km for our test car.

The Audi A6 rose 15% and is closing the gap with the BMW which saw its 2014 fleet  registrations up by just under 1%. Also waiting in the wings is the new Jaguar XF, while Lexus GS and Maserati Ghibli are viable alternatives for those looking for something different.

BMW has addressed some of the criticisms we’ve had in the past by upgrading the interior during the last update, and it remains the best car to drive in the segment.

In comfort setting, the dampers provide a noticeably refined ride, while the Eco Pro mode optimises gear change, softens acceleration and adapts heating and air-con to reduce fuel consumption. It also displays how much further it is possible to drive in the ‘bonus range display’ – typically 10-20 miles on a single tank, although BMW claims a saving of up to 20%.

Fancy reliving your youth? Select sport for a more aggressive engine and suspension settings. At the press of a button, the car can adapt a driving style to suit everyone.

BMW’s lead over its competitors may have shrunk, but the 5 series is still an excellent option in the executive car segment.