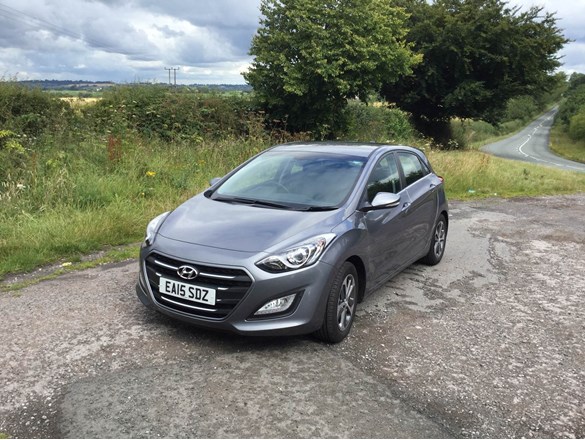 Automatic transmission is rightly acclaimed as one of the greatest engineering advances yet made in driving.

But the convenience it delivered came at a relatively high operating cost until just a few years ago, when Volkswagen introduced twin-clutch systems that had all the benefits of two-pedal driving without incurring a toll on fuel economy.

So it’s no surprise that Hyundai now regards its seven-speed dual clutch transmission (DCT) as a key component in a campaign to win a greater share of registrations in Britain’s keenly-contested compact car sector.

Rather than being marketed as an option, DCT is included in the standard specification of three of the six versions on offer in the latest line-up of i30 models. Significantly, two of them – SE and SE Nav – are pitched at the heartland of the fleet sector.

The automatic unit takes over from the six-speed torque converter gearbox and is proving to be an impressive piece of stand-out technology in our long-term car.

After testing the water with an off-the-shelf automated manual system on the Veloster, boffins at the South Korean firm opted to develop their own unit. Launched by Hyundai and now available in Kia models, it helps relieve much of the stress of long periods of stop-start travel and is a boon to the fleet driver operating in urban areas.

The unit makes the most of the torque produced by the smaller-output 1.6-litre diesel fitted to our car and, for most of the time, only movements of the rev counter needle shows that ratio shifts have been made.

Manual selection is available and provides up and down changes at the touch of the centre lever, but, left to its own devices, DCT goes about its business in impeccable fashion, always selecting the right ratio to match the conditions.

We were initially confused by the three driving modes on offer. Electric is obviously self-explanatory, but what about Hybrid and Automatic – what’s the difference?