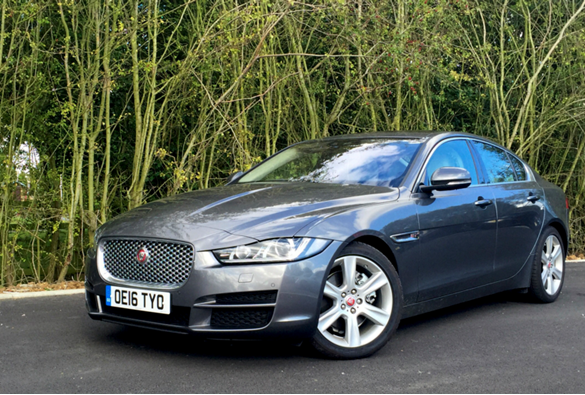 It’s not been an auspicious start. Two days after taking delivery of the XE, and with 2,600 miles on the clock, a warning flashed on the display “diesel exhaust fluid quality detected”. I had 495 miles until the engine shut down.

Three hours at Marshall Jaguar and the issue was resolved. The AdBlue had been run so low that when it was finally topped up (before we received the car), the XE still issued the third and final diagnostics fault (two previous warnings had been ignored it seems).

The technician switched off the fault code and then I needed to undergo a 30-mile drive cycle to re-set the diagnostics. Now, thankfully, everything is back to normal.

While this was driver error rather than car, the question is why did the XE require a top-up of AdBlue after such low mileage? The answer, according to Marshall, is that cars are often not delivered to a customer with a full tank of AdBlue.

We’ve heard this before. It explains why some vehicles require their first top up after less than 5,000 miles, but a second will see them through another 10,000. Fleets need to check their manufacturer partners’ policies on AdBlue to ensure they don’t encounter unbudgeted costs.

So far the driving impressions are excellent: dynamic performance, sharp handling yet compliant chassis – it’s arguably the best in its class.

The automatic eight-speed gearbox returns 67.4mpg with CO2 emissions of 111g/km, 2g/km higher than the six-speed manual version, putting it in the bracket above for BIK.