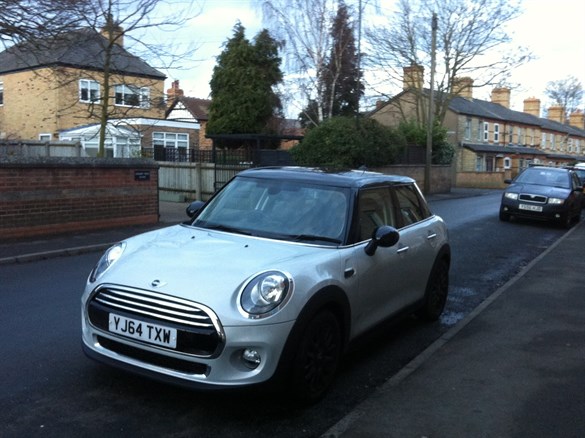 After three months on test, and more than 4,000 miles, we have said farewell to our Mini.

The five-door hatch is in high demand at the moment. Mini has just posted its strongest quarter one sales figures since the launch of the brand in 2001 and says its hatch range is the “driving force” behind its sales success.

Mini says the five-door hatch, which launched last October, has “opened up the range to new customers”. Companies with a five-door-only policy are more likely to consider the brand as they now have the option of the hatch as well as the Countryman.

Our time with the Mini has been positive, aside from an error with the keyless remote – a “very rare occurrence”, according to Mini – that was quickly rectified.

The five-door hatch doesn’t have the interior space of our Volkswagen Golf GTD long-termer but Mini positions it as a rival to the Audi A1, Volkswagen Polo and Ford Fiesta rather than the Golf. I found the 278-litre bootspace (67 litres more than the three-door) more than adequate.

The sports seats (part of the Chili pack) were comfortable on long journeys and fuel economy improved markedly when driving in ‘green’ rather than ‘mid’ mode. In this mode the driver is given prompts to drive in an eco-friendly manner. By default, the car starts up in ‘mid’ mode and I had to remember to flick the rotary switch into ‘green’ mode.

LED lighting around the circular instrument glows different colours depending on the mode selected. In fact, the Mini’s interior is so well-designed and interesting that I fear most other test cars will now seem dull inside as a result.