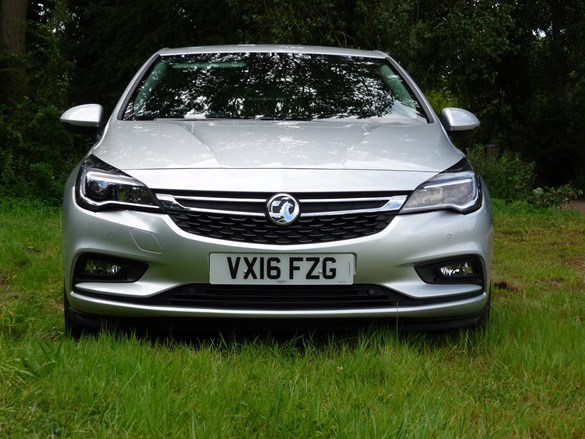 I’ve not spent that much time in our long-term Astra lately, as it’s had a few technical issues and has spent a while in the care of Vauxhall.

On at least three occasions the rear brake lights remained on even when not braking, according to colleagues driving behind me. On the third occasion, we stopped driving the vehicle and contacted Vauxhall.

The manufacturer took the car away, replicated the issue and replaced the brake switch, but the problem re-appeared on the car’s return and it is now back with the brand for further investigation.

In the meantime, Vauxhall gave us a 1.6 CDTI sport tourer diesel in Tech Line trim, and the difference in economy was marked.

We originally took the small capacity petrol to discover whether fleet drivers are ready to return to petrol, and we’re not sure the financial case stacks up quite yet.

I had been achieving highs of 45mpg in the petrol model, with averages around 41mpg (compared with an official figure of 64.2mpg). By contrast, its diesel sister, with broadly similar power output, was achieving 56mpg (official figure 83.1mpg).

Our car is the Elite model, and time in the lower, business-focused Tech Line trim offered a useful comparison in terms of specification.

Features that the Elite model gains that we wouldn’t worry much about include leather seats and climate control, but the collision assist and vehicle distance detection functionality are safety features worth having.