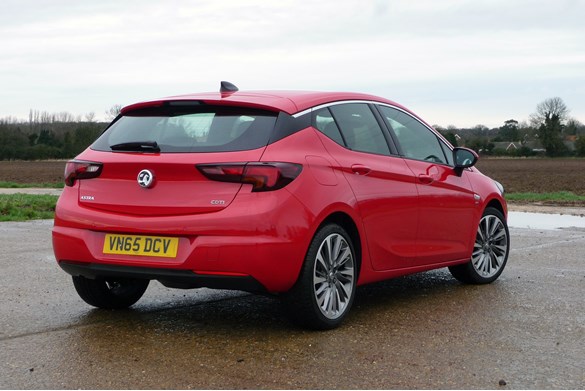 Our Astra has returned to Vauxhall after a six-month loan, during which it proved to be an impressive performer. The new model has been recognised as a significant improvement over its predecessor, winning awards such as best lower medium car at this year’s Fleet News Awards as well as gaining the European car of the year title.

My experiences with the Astra back this up. It’s good to drive and efficient, practical and comfortable, while its wholelife costs are competitive (see previous report). During our test, the Astra covered 10,223 miles and averaged 57.6mpg. Its official combined fuel economy figure is 72.4mpg and, although the car’s optimistic trip computer reported economy around 10mpg higher than the real-world figure, I never got close to it.

Gripes have been few. While the split rear seats fold, they do not create a flat load area: instead, there is a significant step to the seat backs which impacts on practicality. Also, I borrowed our long-term Ford Focus and Mazda CX-3 – both diesel models – for short periods, and found that engine noise in the Vauxhall was noticeably more intrusive.

The SRi’s return doesn’t bring our time with the Astra range to an end, however, as Vauxhall has replaced our diesel model with a 1.0i Turbo 105 Elite petrol model.

Earlier this year, we ran a feature comparing the wholelife costs of diesel models against the latest generation of small capacity petrol engines (Fleet News, February 18). This was on the back of the increased efficiency of petrol models and rising concerns over diesel emissions, as well as the Government U-turn over abolishing the 3% benefit-in-kind tax diesel surcharge. The feature found minimal differences in the running costs for low-mileage fleets, although the gap widened in diesel’s favour as mileage increased.

Let’s see how the real-world performance of our petrol replacement compares with the theoretical figures.