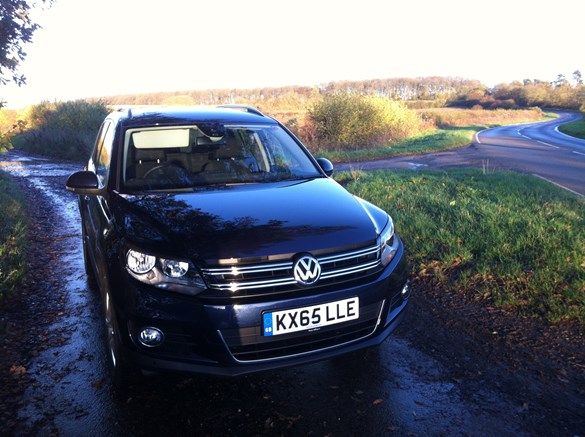 After saying goodbye to the Golf GTD in September, we’ve welcomed the Tiguan to our fleet. Volkswagen classes it as a ‘compact SUV’, which puts it in a crowded market, alongside the Nissan Qashqai, Hyundai Tucson, Kia Sportage and Mazda CX-5 (the latter is also on our long-term test fleet).

The Qashqai outsells the Tiguan in fleet but for company car drivers who are after a more conservative-looking model, the Tiguan has plenty of appeal, and bears a strong resemblance to its ‘big brother’, the Touareg.

The Tiguan has a more spacious boot than the Qashqai with the seats up (470 litres, versus 430 litres). However, fold the seats down and the Qashqai has the edge (1,585 litres compared to 1,510 litres). Volkswagen has increased bootspace with the forthcoming second-generation Tiguan, which made its world premier at the International Motor Show in Frankfurt in September. It will have 615 litres with the rear seats up and 1,655 litres with them folded.

There are four trim levels: S, Match, R-Line and Escape. We’re testing the most fleet-popular option, the Match, which has a good level of standard equipment, including park assist.

My first few months in the Tiguan have not been entirely trouble-free owing to a faulty thermostat, although Volkswagen was quick to rectify this. Our test car hasn’t been affected by the NOx emissions scandal – but I wait to hear whether its CO2 figures are correct.