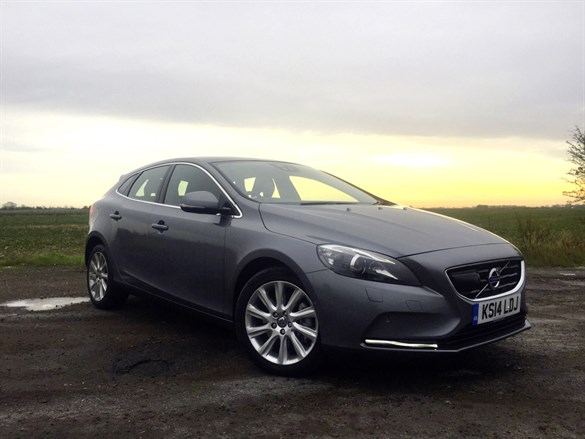 As Volvo tries to establish itself as a premium brand choice, it has adopted an equipment grade to shadow the success of BMW’s M Sport and Audi’s S Line. There is an appetite (particularly in the UK) for the styling cues associated with these models in a more attainable package.

Some might remember, about 10 or so years ago, Volvo having its own high-performance models: V70R (which also appeared in the previous generation model as well as the old 850) and S60R. Although Volvo has had no R model, the R-Design appeared as an equipment grade a few years ago, proving quite popular.

It rides lower on sports suspension, and have a more aggressive look, with a styling kit and larger wheels.

When I was selecting which V40 to run on long-term test, there was a choice of cars already on the fleet for media appraisal. Some were red R-Design models with a manual gearbox, and the others were grey SE Lux models with the eight-speed automatic.

I chose the automatic because of the high-mileage nature of the car’s use, as well as many hours likely to be spent stuck in motorway traffic jams – although a red R-Design would have looked a bit more exciting.

And there seems to be strong appeal on the used market. If I had chosen an automatic R-Design Lux nav, rather than the automatic SE Lux nav, there would have been a slightly higher front-end price. The R-Design Lux nav commands a £450 premium over our car.

However, at four years/80,000 miles – according to the Fleet News running costs database – the R-Design would also have a higher residual value: £8,075 compared with £7,750. A premium of £325, and a fairly sound investment over that period of use.