In a world where cars are becoming ever more powerful, it seems strange that Peugeot’s new hot hatch has less on-paper performance than its predecessor.

Surprisingly, the new 207 GTi THP 175 has 175bhp, which is five shy of the old 206 GTi 180. The difference is that where the 206 was a soggy pudding of a car in terms of ride, handling and performance, the 207 is, to continue the cooking metaphor, a sharp lemon tart. 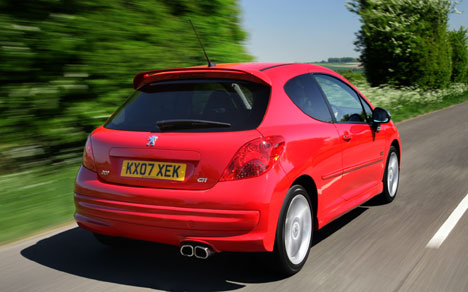 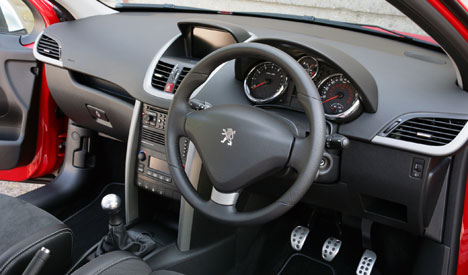 This makes the 207 very good value, and it looks even better when you consider that the 207 GT THP 150, the cooking alternative with 25bhp less, costs £14,372. So, the 207 GTi is the cheapest and least powerful of the new breed of hot superminis, but this doesn’t tell the full story.

Despite falling short in power terms, the GTi is a fun car to drive. The engine, jointly developed between BMW and PSA Peugeot Citroën and due to appear in various Citroën models in the near future, is the exact opposite in power delivery terms to the old 2.0-litre unit in the 206. Instead of that car’s high-end power delivery thanks to a Honda-style high-rpm valve action, the turbocharged 207 has far more torque low down the rev range, making acceleration easier.

It’s also a larger car than the 206, meaning Peugeot can expect to see more downsizers from the lower-medium sector, as it has with the rest of the 207 range.

These people have been attracted not only by the space inside, but also the level of equipment and build quality on the range.

The GTi continues this with a high level of standard equipment, although most buyers are expected to opt for the £1,000 Octane Pack that adds, among other things, extra chrome detailing around the lights, tinted rear windows, cruise control, dual-zone climate control and directional headlights.

Inside, the GTi looks much like any other 207, except for a pair of high-backed sports seats. Peugeot expects to sell around 750 GTis during the remainder of this year and 1,000 units in 2008, which is small considering the firm expects to sell 70,000 207 hatchbacks in a full year.

However, British GTi sales account for between a quarter and a fifth of worldwide production, reflecting the UK’s position as the largest market for hot hatchbacks in the world. Fleet sales will be limited, with Peugeot eyeing a few user-choosers sales at most.

Of more interest to fleets will be the forthcoming 207 SW estate, a car which is almost the same size inside as the old 306 estate.

This model joins the line-up in July and Peugeot expects it to make up 10% of the sales mix. Engine options will be the 1.4 and 1.6-litre petrols and the 1.6-litre HDi diesel in both 90 and 110bhp guises.

Peugeot found some exceptional roads in the Peak District to launch the 207 GTi, and even persistent rain and greasy roads didn’t detract from the car’s ability.

Despite a few “moments” when the car went sideways due to my enthusiasm, for the majority of the time the GTi displayed high levels of grip and a well-balanced chassis.

Even more impressive was the fact that the traction control didn’t need to cut in too much when accelerating out of corners, showing what a well-developed chassis it is.

The turbocharged engine provides plenty of power low down in the rev range, while the five-speed manual gearbox is far better to use than the usual sloppy shift quality on less powerful models. It also doesn’t suffer from lacking that sixth ratio which most rivals offer and because of the wide spread of torque the engine is not revving excessively at high revs.

The ride is firm but not uncomfortable, while the steering has plenty of feel and a very direct action.

It all adds up to make the 207 GTi a far better car to drive than the 206 version. It may not have quite the clout or pure aggression of a Vauxhall Corsa VXR, or the chassis balance of the Clio 197, but it is a fine compromise between the two. 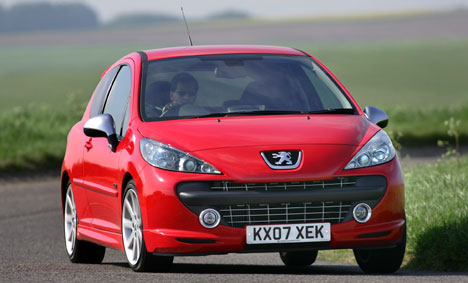 Well equipped, good looking and quick – the 207 GTi ticks all the boxes when it comes to hot hatchbacks. It may not have the power of its nearest rivals, but as an all-rounder it is a great value proposition.