Renault’s original Modus went down rather well when it came out. It was a funky, practical little MPV with some nifty touches, such as a boot-mounted shopping chute and some clever storage solutions.

Many people loved it – 395,000 have been sold worldwide since its launch in 2004. But a few customers thought to themselves, “I wish it was 242mm longer and had more boot space”.

Renault listened, and for 2008 has expanded the Modus range to include a bigger brother.

The Grand Modus has the extra length demanded and now features up to 410 litres of boot space (or 1,454 litres with the rear seats folded flat – an improvement of 14% over the first generation Modus). It sits between the original Modus and the larger Scenic in the Renault range and is expected to make up 70% of fleet sales in the Modus range.

Although clearly related to the Modus in appearance, the Grand Modus has had some design tweaks to make it look less lofty. More horizontal lines have been added to the basic Modus shape, which succeeds in making it look lower and less boxy than it actually is.

Drivers wanting petrol power can choose from two 1.2-litre engines with either 75bhp or 100bhp, or a 1.6-litre automatic with 111bhp. There are also two diesel engines with 86bhp or 106bhp.

The biggest seller to fleets is expected to be the 100bhp petrol unit, in the top-of-the-range Dynamique trim.

“There are some fairly big limited-badge markets where Modus lost sales because of the size of the boot,” he said.

“Our target customers are older people that like the Grand Modus because it’s easy to get in and out of and easy to park. It’s easy to see out of and there’s lots of space.

“There is also a large population of families that buy it as a second car to take the kids to school in. Those are the two target markets.”

While it’s clearly bigger than the standard Modus, the Grand Modus is still not exactly cavernous, although the car’s height means that with the seats down there’s room to pile stuff high.

Speaking of high, drivers with a long back – like myself – may find the already tall driving position pushes their head close to the roof. That said, the position is a comfortable one.

The driving experience is rather anodyne, with slightly vague, light steering, but the engines are smooth if not particularly strong. Driving is virtually effortless and drama-free – exactly what the target market will demand.

Passengers in the back have more room than in a standard Modus, and there’s no shortage of places for storage – there are cubby holes everywhere you look, with more available as optional extras.

The Grand Modus does everything the Modus does, but bigger.

It’s priced competitively against its rivals so if a small (but not too small) MPV is what you want, make sure you look at Renault’s offering. 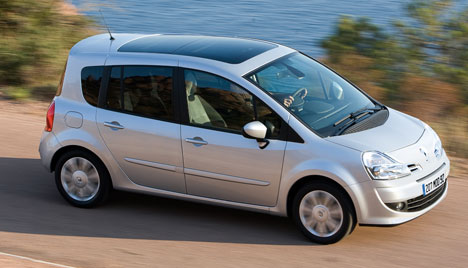 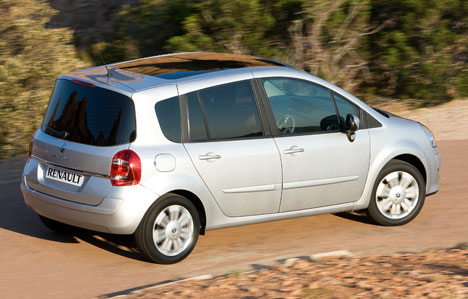