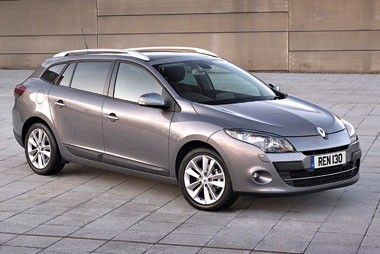 The Renault Megane Sport Tourer that has just joined our test fleet has already made an impression, as it has helped solve an on-going argument I have had with colleagues in the industry.

Some commentators say that the ultra-low emission models being rolled out aren’t fit for purpose for general fleet use, particularly when it comes to driving long distances and on motorways. One even said they were ‘a health and safety risk’.

The Renault shows just how wrong they are.

This estate may produce just 120g/km, putting it in the lowest 13% BIK band for diesels, and achieve a claimed 62.8mpg, but I would argue it’s fit for purpose for any fleet use.

After more than 1,000 business miles, including commuting, long motorway drives and a particularly tortuous journey into central London, it is proving that low emissions doesn’t mean low value for fleets.

The diminutive engine, offering 103bhp, compromises some performance for frugality, but not enough to affect everyday motoring.

And the engine is only part of a strong proposition for business drivers. In terms of interior quality, the Megane is a real step forward, with a sturdy finish that is squeak and rattle-free.

Overall styling, both inside and out, is on the modest side of modern, but the high waist line of the 486-litre boot sacrifices visibility to the extent that £300 extra for rear parking sensors would be a sensible investment.

Renault has had a miserable time in fleet this year, mainly as a result of its on-off relationship with rental sales that saw volume plummet, but the Megane deserves consideration as a viable fleet proposition.