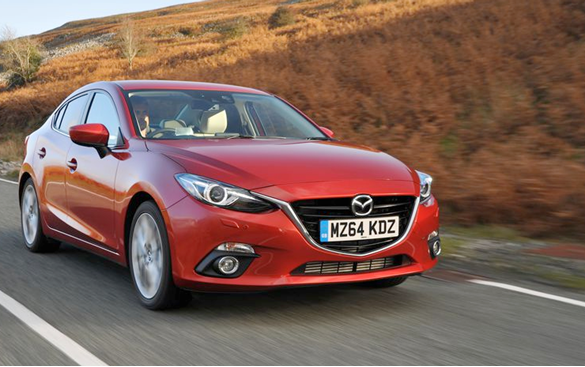 It’s four years since Mazda introduced us to its Skyactiv strategy of saving fuel and reducing running costs through lightweight construction.

But with a diesel engine of 2.2 litres, you’d be forgiven for thinking downsizing had been replaced with upsizing. For three years, this was the only Mazda diesel engine available, which could have harmed its chances among fleets that reimburse fuel using AFR.

But in 2015, when the Mazda2 was launched, a new 1.5-litre four-cylinder engine made its debut, and was also part of the CX-3 lineup launched last summer.

For 2016, that 105hp engine has been added to the Mazda3 range, which had been crying out for something a little more competitive on CO2 and able to match the bulk of job-need cars in the lower-medium sector on power.

We tried the engine in Mazda’s ‘Fastback’ saloon body style, which competes in a diminishing niche in the UK. Of all the mainstream brands, only the Volkswagen Jetta offers something for those who prefer the look of a four-door over a hatchback.

But the Mazda3 is arguably more handsome as a saloon than hatchback, and offers a useful 55 litres of extra luggage space than the hatchback with the rear seats in place at 419 litres, although it falls some way short of the Jetta’s 510.

Inside, the preponderance of black which is typical of Japanese mainstream cars is perhaps a tad overwhelming, but materials are good quality, and I’m gradually growing used to the control interface and large central dashboard screen, which is still too clunky.

The 105hp Mazda goes up against rivals with engines ranging from 110-120hp, but it doesn’t feel particularly lacking in performance. Perhaps this is in part thanks to the smaller, and therefore lighter, engine under the bonnet ensuring it feels well balanced when cornering and keener to maintain momentum.

It might be slightly disappointing that the CO2 emissions are only just below 100g/km, at 99g/km, which is only one BIK tax band lower than the Mazda6 equipped with the 2.2-litre diesel, and some lower-medium sector diesels with similar power outputs have achieved less than 90g/km. But those cars have particularly tall gearing to achieve such low emissions, which affects their driving characteristics.

There is little to disappoint in the way the Mazda feels on the road, and maybe some drivers will be prepared to pay higher BIK tax for a car that’s more enjoyable to live with day-to-day and that is also one of the best-looking saloons on the market.