"Not having a conventional lower-medium car in its line-up was also hurting Nissan’s chances of signing solus deals with some fleets." 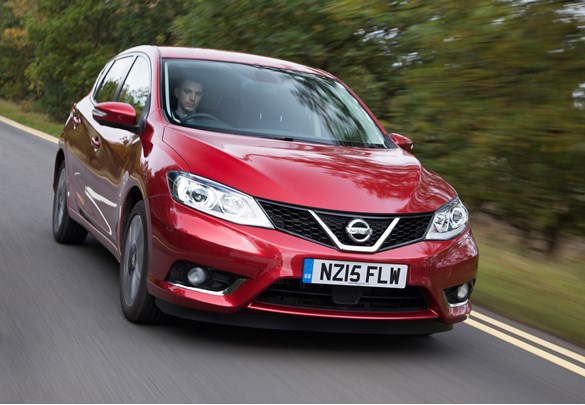 In 2007, Nissan launched what would become its most successful model in Europe. Nissan told the world that it would focus on developing cars that met the particular needs of customers rather than sticking rigidly to traditional sectors.

The competent but slow-selling Primera and Almera were consigned to history, and the Qashqai heralded a family of crossover SUVs. It was joined by a seven-seat version, then the larger Murano and the smaller Juke.

But not having a conventional lower-medium car in its line-up was also hurting Nissan’s chances of signing solus deals with some fleets.

So the Nissan Pulsar arrived in the UK last autumn, and in other European markets it replaced the Tiida.

The Pulsar is rather sleeker than the awkward Tiida, and styling is in keeping with the Qashqai and X-Trail – it looks part of the same family.

The range is pretty simple: a 115hp 1.2-litre turbo-charged petrol variant or a 110hp 1.5-litre diesel, both five-door hatchbacks. Nissan also recently added a high-performance 190hp 1.6-litre turbo petrol model. But our attention here turns to the 1.2-litre DIG-T petrol, following our review of the diesel from the media launch last year.

Although the diesel has low CO2 emissions of 94g/km, Nissan thinks around 50% of sales will be petrol variants. It is more suitable for urban-based fleets, where diesel fuel consumption would be more difficult to take advantage of.

With CO2 emissions of 117g/km it’s more or less competitive with rivals and, despite its small capacity, the turbo ensures it feels pretty responsive.

One thing missing from the range is the availability of digital radio.

And given some of the latest offerings in the sector, such as the Seat Leon, revised Ford Focus and Mazda3, the Pulsar feels a generation behind.

Which is a shame because it probably can accommodate five adults more comfortably than anything else this size and on our test managed to return more than 55mpg – very close to the 56.5mpg quoted on the combined cycle.

It might be an important addition to the Nissan range, but in a market crowded with competent family hatchbacks, the Pulsar will struggle to stand out.