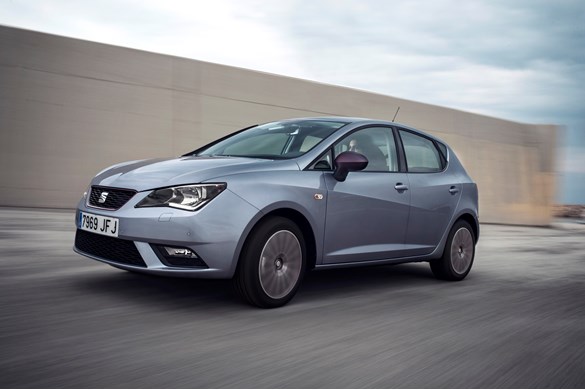 Diesel has had a great deal of negative press recently. Since Volkswagen admitted including so-called ‘defeat devices’ on North American cars to cheat tough NOx emission tests, the whole area of emissions and fuel economy has come under increased scrutiny.

While some private buyers may be swayed by hysteria in the media over what diesel exhausts may or may not contain, the fleet sector, while noting the developments in the emissions story, has taken a more pragmatic view.

Regardless of improvements in petrol engine and hybrid technology, there are still roles on car fleets for which diesel would make a stronger case for itself.

When we first drove the 2016 model year Seat Ibiza last year, unsurprisingly we were keen to learn about new petrol engines.

As a small car, it’s always more difficult considering the price premium associated with diesel engines to justify choosing it. But we decided to take a look at the most frugal 1.4-litre diesel Ecomotive variant to see if it is viable for the fleet operator and company car driver.

With CO2 emissions of 93g/km it certainly isn’t the lowest in its class, but as it falls into the same BIK tax band as diesel cars with emissions as low as 75g/km it’s good enough to hit the sweet spot for internal combustion engine company cars.

There are a large number of similar cars with power outputs at the same level as the Ibiza’s 75hp for the Ecomotive, but Ford’s Econetic Fiesta has a more sprightly 95hp, while the Vauxhall Corsa has a 75hp and 95hp option, with the higher power output offering lower CO2 emissions and overall running costs than the less powerful model.

The Ibiza Ecomotive comes with a five-speed manual gearbox. As we’re in a price-sensitive sector of the market, a six-speed box would add cost for limited benefit, but the ratios in the five-speed box are separated by gulfs. It means third gear is comfortable for 30mph, while fourth gear at that speed is laboured and risks stalling.

And you probably won’t need fifth gear until around 50mph. But the Ibiza Ecomotive is also quite relaxed on the motorway, and a world apart from much earlier three-cylinder diesel models for noise suppression and refinement.

The interior of the Ibiza – always one if its weaker points – has been spruced up for the 2016 model year, and has a new multimedia interface available which is compatible with Apple and Android smartphone operating systems, displaying apps on the car’s dashboard touchscreen.

While the Ecomotive might not embody all of the emotional appeal of the FR and Cupra variants, it still feels related to them and most drivers would be happy to be seen in one.