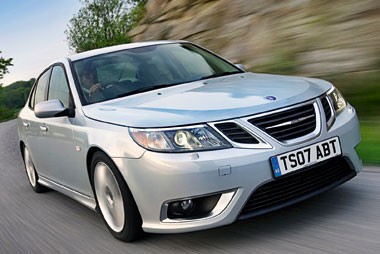 Saab has suffered a rough ride of late, with plummeting sales as buyers steer clear of the marque until its future outside of GM is finalised.

Over the years, a lack of investment has hampered the brand, so it seems rather ironic that Saab has chosen such an inglorious period in its history to launch some seriously impressive upgrades to its diesel engine line-up.

Both the 1.9-litre diesels in either single turbo TiD or twin-turbo TTiD guises have benefitted from upgrades under the bonnet to bring better fuel economy and lower emissions without sacrificing performance.

Introduced under the EcoPower banner, both engines are now around 7% more efficient thanks to some fine tuning – both employ wider gear ratios with a longer final drive for increased efficiency at cruising speed, the engine has been remapped to make it more efficient while idling, and low rolling resistance tyres are employed.

This doesn’t sound much, but it has made a big difference.

Before its EcoPower tweaks, the same engine emitted 157g/km and returned 47.9mpg.

As a result, the EcoPower model falls from the 22% benefit-in-kind tax band to the 18% band – the second lowest available for diesels.

This means a driver is £326 a year better off in company car tax terms.

And the fuel economy benefits translate into a £920 saving over four years and 80,000 miles.

For the TTiD version, which delivers 180bhp, the improvements are just as marked, with CO2 emissions of 139g/km and combined economy of 53.3mpg.

Performance remains unchanged (bar a slightly longer 50-80mph time in fifth gear) so the 9-3 in 150bhp guise remains a strong performer, picking up speed from low down in the rev range and settling into a relaxed cruise.

The only downside is the hard ride and general feeling that the chassis has reached its final stage in development – put simply, there’s only so much refinement that can be built into a car which is this long in the tooth.

Standard equipment includes dual-zone climate control and MP3-compatible stereo, while outside are a host of additions to make it look more sporty – 17-inch alloy wheels, colour-coded door handles and deeper front and rear spoilers to give the 9-3 some extra road presence.

While the 9-3 may be past its best in outright dynamic terms, the EcoPower engineering improvements bring it bang up to date and make it a serious contender for drivers wanting a
cost-effective car with a badge which sits between the volume and premium brands.