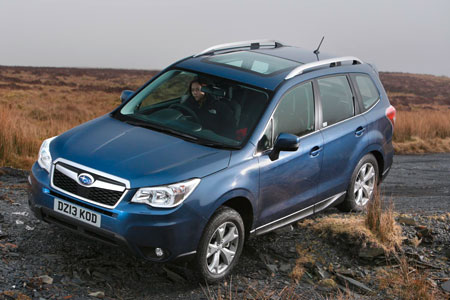 A change of government in Japan could soon be driving a dramatic revival in the fortunes of a specialist four-wheel drive car firm in Britain.

The move by the new administration to devalue the yen has allowed importer International Motors to return to competitive pricing with the latest sport utility model from Subaru, claims UK operations director Paul Tunnicliffe.

“The change in monetary policy coincided with the arrival of the new Forester and ended a fairly bloodied period for us after the weakness of sterling raised our prices by 4%,” he told Fleet News.

“We’ve had a terrible time, taken a load of pain and even sold some cars at a loss.

“But the current rate of exchange means we’re back in business. Compared with the 11,000 volumes in our heyday, we sold barely 2,000 units last year, including 520 Foresters, and the new car should play a key role in getting us back to annual registrations around the 5,000 mark over the next three years.”

Despite a £1,000 price increase over the outgoing car, the fourth-generation Forester is longer, wider and taller and boasts greater refinement, better economy and more equipment.

Tunnicliffe believes the improved package will give Subaru access to fresh opportunities with smaller businesses and user-chooser drivers.

“We will never be able to go into big fleet business – our pockets aren’t deep enough to compete – but this car will appeal to people who want something different, recognise the value of boxer engine technology, like the idea of a slightly quirky, niche brand that doesn’t come from Germany and appreciate the benefits of all-wheel drive capability that we think is the best,” he said.

In its latest form, the 2.0-litre horizontally-opposed turbo runs with reduced friction and uses fluid-filled engine mounts for added refinement. 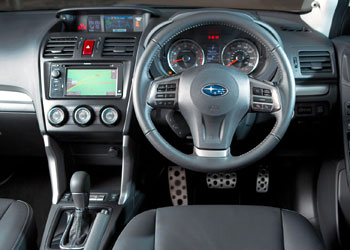 Smooth and more subdued, it has eager responses and cruises so quietly thanks to wider gear ratios that it’s just as well that the instrument panel includes a reminder that the car uses diesel.

Markedly less utilitarian than before, the interior looks better and features matt metal inserts but is still largely finished in plastic sturdy enough to withstand heavy use.

Considerably more spacious and comfortable, the new bodywork provides more room for passengers and a 12% increase in cargo area gives the boot a 505-litre volume, rising to 1,592-litres with the rear seats folded.