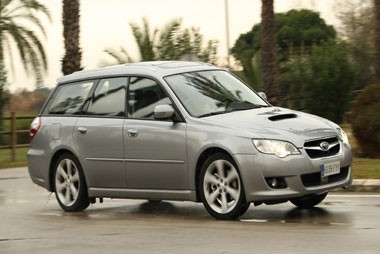 Every manufacturer has a diesel engine these days, don’t they?

With a small range of cars compared to the big volume manufacturers, the Japanese carmaker has relied on its turbocharged, flat-four boxer petrol engines to keep its small but loyal base of customers happy.

Developed over more than 40 years, the boxer is a mainstay of Subaru, along with its all-wheel-drive system.

But with the environment now a mainstream social concern and fuel prices focusing consumer minds on economy like never before, Subaru’s customers want a diesel unit.

But they want one that retains the features they love about the brand and its famous engine –sportiness, performance and
reliability.

So, Subaru has played to its strengths and has spent three-and-a-half years producing a diesel version of the boxer.

It’s smaller, lighter and more economical than its petrol-powered brother, and Subaru expects it to revolutionise the way it does business in the UK.

But because of its design, Subaru says it has a character very different from other diesel engines.

For a start, its small size means it has a short crankshaft.

That makes it more rigid which means less vibration and noise. Less vibration means no need for weight-adding measures that some other manufacturers use to counter the problem.

Being small and lighter means it can be mounted low down, pushing down the centre of gravity and improving the handling of the car.

Initially the engine will be available from February in the Legacy and the Outback, with a five-speed manual gearbox and the obligatory symmetrical all-wheel-drive (a six-speed gearbox is in development, but there won’t be an automatic version until the new Legacy in 2009/10).

In the Legacy Sports Tourer the new engine means 0-60mph in 8.5 seconds and combined fuel economy of 49.6mpg. CO2 emissions are 151g/km.

This comfortably improves on the economy of rivals such as Ford’s Mondeo and the Volkswagen Passat, even though both are two-wheel drive.

Later this year the engine will also appear in the new Forester and the recently-released Impreza range.

But despite the arrival of a fleet-friendly source of power, don’t expect to see Subaru hurl itself headlong into the corporate market.

Lawrence Good, Subaru UK’s managing director, sees the firm very much as a niche organisation, and plans to keep things that way.

“This is the single most important thing in Subaru over the next five years, but we’ll never be massive in the corporate market place,” he said.

“We will, however, be strong with the business user – this engine is more for small businesses, not big fleets.

"We don’t have the capacity to take on that market. We’re still a niche franchise and I don’t want to chase the big corporate fleets because I can’t supply them with that kind of market.”

Nevertheless, diesel versions are expected to make up 85% of Legacy sales in 2009, the first full year of sale.

Jumping into the diesel Legacy Sports Tourer, it’s immediately clear that this derv-powered boxer engine is something a bit different.

Firstly, it’s very quiet. Inside the car, even when revving, it rarely produces more than a whisper.

Only outside can you hear a familiar diesel chug.

The downside to this truly impressive lack of clatter is that the wind noise is more noticeable, but I’m not sure that really counts as a criticism.

The character of the diesel engine is unlike any other I’ve driven.

It doesn’t feel especially torquey, but this could be because it doesn’t deliver all its potential in one big lump towards the bottom of the rev range before running out of puff.

This is a characteristic of diesel engines oft-criticised by petrol fans, but Subaru has done a fantastic job of widening the power band.

Torque arrives at 1,800rpm and the engine redlines at 4,750rpm, but unlike most diesels you can put your foot down at around 3,500rpm and still have plenty of useable oomph.

On the motorway it pulls strongly and cruises with finesse, despite the lack of sixth gear.

But the real test for Subaru fans is how the boxer diesel performs on back roads, and I’m delighted to report that it’s excellent.

The lightweight and low-mounted unit is connected to Subaru’s superb AWD system which makes the Legacy feel planted and supremely confident through all manner of twists and turns.

Throttle response is crisp and the character of petrol-powered Subarus is admirably retained, making for an involving and rewarding drive.

Subaru has taken its time to get a diesel engine to market, but it was worth the wait. The Legacy was already a good car, but thanks to its new heart it pollutes less and gets more miles to the gallon.

With the possible exception of BMW's fabled 3.0-litre, twin-turbo effort, this boxer is the best diesel engine I've driven.