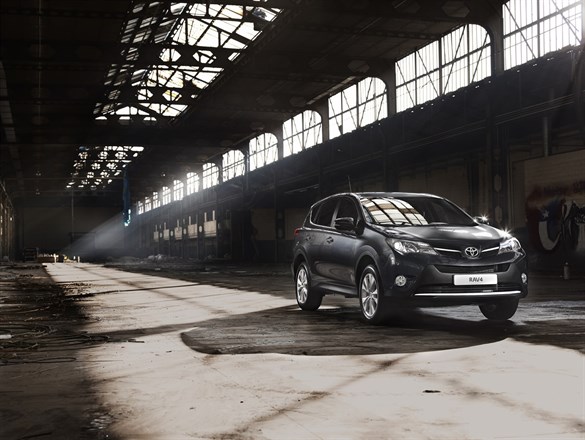 Toyota claimed the compact SUV market for its own in 1994 when it launched the Rav4.
Since then the sector has grown with many more models competing for business. In 2006, there were 10 SUV models on sale; today there are 19.

Into this challenging environment comes the fourth incarnation of the Rav4, which went on sale this month. Bigger than any that have gone before, Toyota is claiming class leading interior space, class leading boot space and class leading CO2 emissions.

The 2.0-litre diesel front-wheel drive model emits just 127g/km (helped by the removal of the spare tyre) bringing it below the important 130g/km threshold for lease rental restrictions when the rules change in April.

Will this car be a major force in fleet? Perhaps not, although Toyota does have reasonable aspirations. Of the 7,200 models it hopes to sell this year, 20% or 1,440 will be to fleets. Most of those will be as a user-chooser for company car drivers looking for an alternative to a D-segment family car.

The Rav4 performs this function well. It is extremely refined on the motorway with minimal engine and road noise and an acceptable level of wind noise from such a big car.

It handles well, with little body roll even under ‘enthusiastic’ driving and both the 2.0 and 2.2-litre diesel engines offer plenty of low-range torque. For its low emissions, the 2.0 edges it for us.

Design-wise, the best angle is front-on with a sweeping boomerang shape styling the grille and headlamps. At the back, ugly overhangs around the light clusters clash with the smooth styling elsewhere.

Move inside and the quality of material is generally high, although some scratchy plastic remains on lower panel sections. Leather and imitation carbon fibre give an upmarket feel, although the large buttons on the dashboard are a bit too chunky. 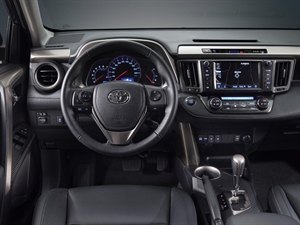 Drivers considering an SUV should give the Rav4 a chance. Fleets, too, should be comfortable adding this car to their choice lists.

Priced from £22,595 for the 2.0-litre diesel FWD, fuel consumption is a keen 57.6mpg while residual values are up by more than seven percentage points over the outgoing model.

Add in the five-year/100,000-mile warranty, plus further developments to minimise SMR costs, and the Rav4 becomes a compelling option from a cost of ownership perspective.

Safety levels are good with a EuroNCAP five-star rating expected. An integrated dynamic dive system improves safety and driveability by modifying torque distribution to reduce the risk of under-steer, while traction control and stability control are standard across the range.

Optional equipment includes lane departure warning and blind spot monitoring. Even the A-pillars have been narrowed to improve forward vision. 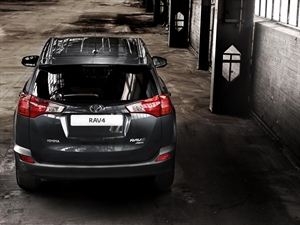 Equipment levels are high from entry Active to top level Invincible, with the mid-range Icon best suited to fleet needs offering Bluetooth, reversing camera, cruise control and digital radio as standard. It also comes with a power tailgate, although the opening/closing times are slow.

The Rav4 is available with the widest engine range ever (including three petrol). Interestingly, hybrid is not one. Toyota has rules out plans for a hybrid version claiming that a high proportion of buyers use the car for towing, which makes diesel the best option.